Wallace contested four Cup rounds in RPM's #43 Ford earlier this season while Almirola was sidelined with back injuries from a crash at Kansas Speedway.

Smithfield, Almirola's backer throughout his time at the Petty team, announced earlier on Tuesday that it would cut ties with the team at the end of this season and switch to Stewart-Haas Racing.

Richard Petty issued a statement in response accusing Smithfield of reneging on a deal.

"We have had numerous discussions with Smithfield Foods regarding the extension of our relationship dating as far back as February," the statement read.

"Over the past few months, Smithfield had continually told me they wanted to be with us, and I recently shook hands on a deal to extend our relationship.

"I come from a time when we did major deals with sponsors like STP on a handshake.

"I'm sad to see this is where we are now.

"This decision is very unexpected, and we are extremely disappointed in this late and abrupt change of direction.

"Losing a sponsor of this magnitude in September is a significant setback to Richard Petty Motorsports, but [co-owner] Andy [Murstein] and I are committed to moving forward with the #43 team.

Almirola first joined RPM for the last five races in 2010, returning full-time in '12 after a year in what was then the Nationwide Series with JR Motorsports.

He took his sole Cup win so far in the July Daytona race three years ago, which was also RPM's last victory. 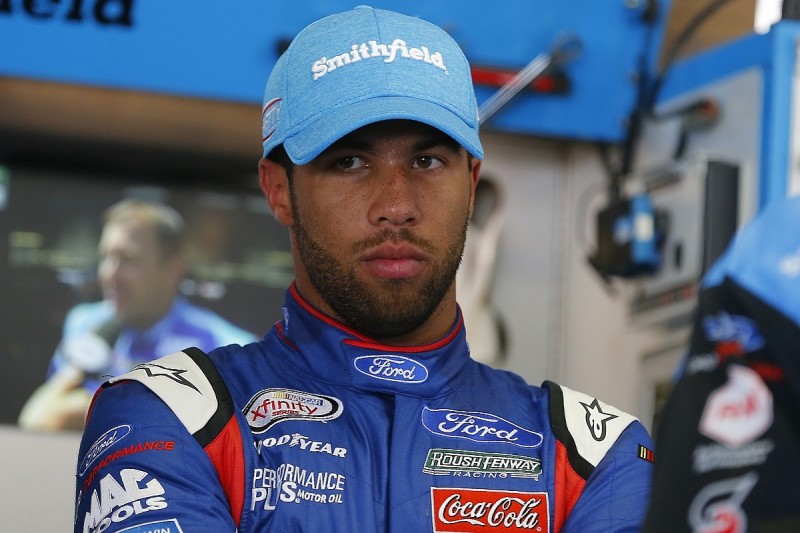 Almirola's anticipated replacement Wallace took a best finish of 11th at Daytona during his stand-in stint with RPM.

Since Almirola was cleared to return to racing in July, Wallace's only NASCAR appearance was a one-off return to the Truck series at Michigan - where he won on his first outing in the category since 2014.

This weekend he will be back in the Xfinity field driving a Ford jointly entered by Biagi DenBeste Racing and Richard Petty Motorsports.