Patrick announced on her Facebook page on Tuesday that she would not be staying with SHR "due to a new sponsorship arrangement in 2018".

She had begun 2017 with Nature's Bakery as the primary sponsor on her #10 Ford but the company pulled its backing before the season began.

After a court battle that ended in a settlement, Nature's Bakery sponsored SHR at four more races this season but only one with Patrick and the others with her team-mate Clint Bowyer.

"Sponsorship plays a vital role in our sport, and I have been very fortunate over the course of my career, but this year threw us for a curve," Patrick wrote.

"I wish SHR the best of luck with their new sponsorship and driver. Thanks for the memories.

"Right now, my focus is on the remainder of the 2017 season and finishing the year strong.

"I have the utmost faith in myself and those around me, and feel confident about my future." 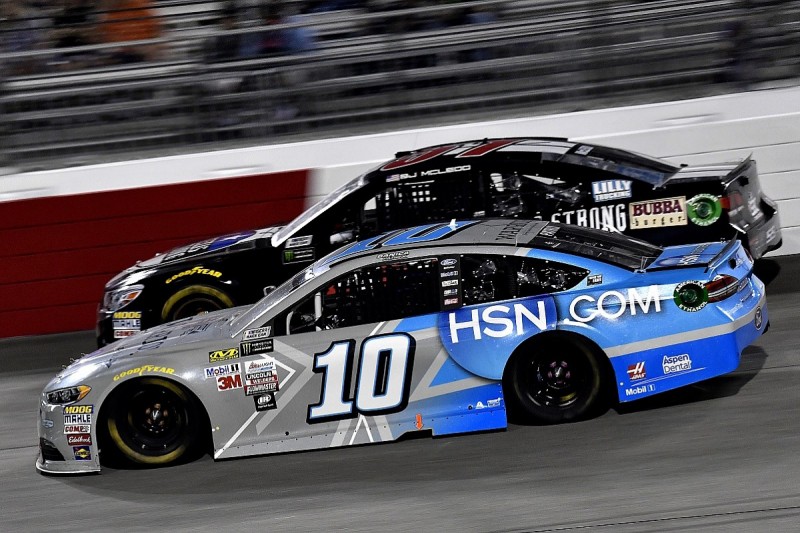 In recent interviews, Patrick had indicated that she had come to terms with the possibility of no longer having a full-time Cup seat after this season.

The first woman to win in IndyCar during her single-seater career, Patrick began to move towards NASCAR during 2010.

She left IndyCar in 2012 and raced part-time in Cup alongside a programme in what was then the Nationwide Series, before stepping up to NASCAR's top level full time a year later.

Though she took pole for the 2013 Daytona 500, she has not finished higher than sixth in a Cup race.