Dale Earnhardt Jr apologised to his fans after missing out on the NASCAR Cup playoffs at Richmond, in his final season before retirement

Earnhardt came into the regular season finale needing a win to guarantee a playoff spot, and he ran a longer tyre stint in the hope a late caution would help him to an unlikely victory.

After leading 13 laps, the fifth highest in the field, he fell away without the caution he needed to finish 13th and missed out on the playoffs.

"We were having a great night, but we weren't going to pass those top five guys so we needed that kind of strategy to try and leap frog them on pit road and we needed the yellow to come out leading," he said.

"We had everybody trapped down a lap and they would have ended up pitting and getting tyres, and the other guys would have gotten the wave around but we would have had that track position finally.

"We would have come out of pit road after the stop in first or second and that might have set us up good for a run to the finish. 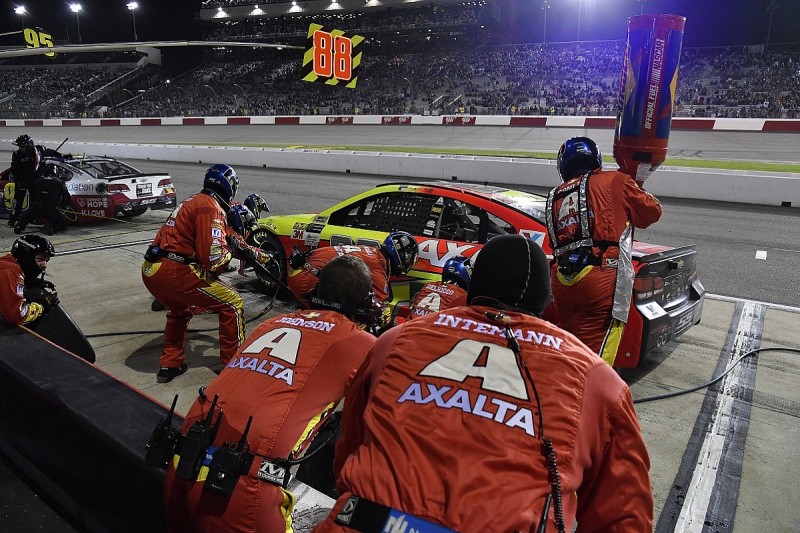 "We had a car that could have won the race if we had that track position."

But after missing out, Earnhardt apologised to his fans for being unable to make the playoffs earlier.

"I'm disappointed," Earnhardt said about not making the playoffs. "We had some odd luck, but when we didn't have bad luck, we didn't capitalise.

"I apologise to our fans that we're even in this situation we're in tonight.

"We should have been locked in before we got here.

"It's on us. We can't really put it on anybody else. We just didn't do the job."

Earnhardt's last win came in November 2015 at Phoenix, and in '17 he has just one top five finish to date.

"I'd love to win a race but damn, if we can just run as well as we did tonight in the next several races that would be great for all of these guys."

Earnhardt last made the playoffs, then known as the Chase, in 2015.