Reigning NASCAR Cup champion manufacturer Toyota will stick with its Camry in the top-tier series, despite deciding to enter its Supra model into the feeder Xfinity championship for 2019

Following a Supra preview at the Geneva Motor Show earlier this year, there had been speculation that Toyota could opt to bring it to the Cup series.

That would have matched NASCAR's current car trend, with Chevrolet and Ford entering muscle cars into the Cup series with the 2018 Camaro and the '19 Mustang.

Chevrolet continued racing the Camaro this year after a relaxation of the regulations meant that there was greater freedom in what cars were eligible for competition.

David Wilson, president of Toyota Racing Developments, told Autosport last month that Toyota was unlikely to follow that trend with the Supra.

"Obviously we're seeing what Chevrolet has done with the Camaro and Ford with the Mustang," he said.

"The pretext for that is NASCAR basically opened up the ability for us to take different models into the Cup series.

"Prior to that the rulebook was pretty specific, a sedan-based (saloon-based) series. Now those limitations are off.

"For Toyota, the reality is we don't have a rear-wheel drive, 'pony car' in our stable. If that changes down the road, that might influence our strategy.

"Given the popularity and importance the Camry has in our overall vehicle line-up - I think it is the now the best-selling car in the United States for the last 16 years - it's our bread and butter.

"I don't see us going away from the Camry any time in the near future."

Ed Laukes, group vice president of Toyota marketing added: "The Camry will still race in the Cup Series, and we're still very, very bullish on sedans (saloons) in the car business, and so we believe that the Camry will still play an important role."

If Toyota was to change tack and submit the Supra for Cup competition, it would need to apply to do so before September for it to race in 2020. 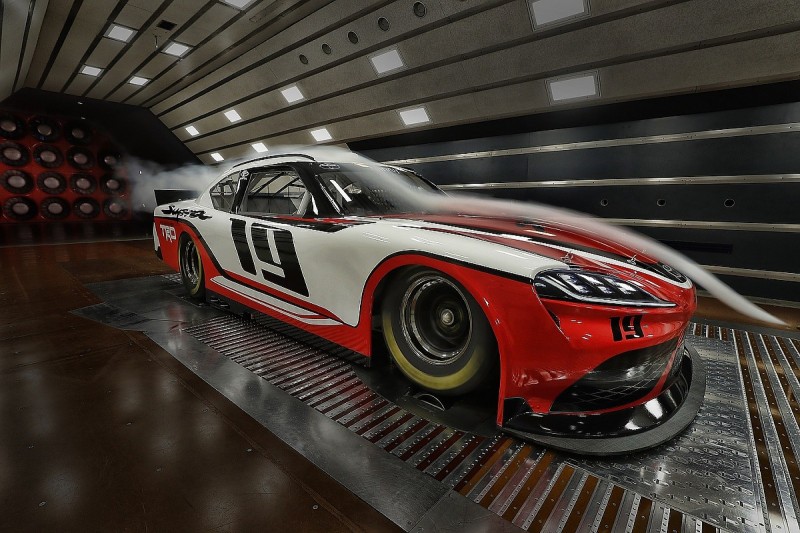 "The biggest thing when we're in discussions with manufacturers is [about] what will the future be, in terms of what body styles we'll be running and that kind of thing," he said.

"We've got some really strong ongoing discussions with manufacturers and our current OEMs as well, in terms of what's the engine architecture going forward? And how will that match up with a potential new OEM?

"The good news is our existing OEMs are wide open to those possibilities. It's an ability for us to work together and attract one if not two [manufacturers] into the series."

NASCAR has not had more than three manufacturers since 2012, which was Dodge's final year in the series.