Overshadowed by the dramatic NASCAR Cup Series race at Chicago was the debut of a new policy, one that may finally solve a lingering issue with inspections

NASCAR modernised and revised its inspection policy for 2018, using high-tech laser scanners to detect illegalities on Cup cars, in a move mooted to level the playing field between Toyota, Chevrolet and Ford.

But Martin Truex Jr recently blasted the system after repeated and regular inspection failures in the Cup field convinced the 2017 champion that it gave the perception that "everyone's cheating".

NASCAR itself had become frustrated with the regularity of the failures, particularly when serial offenders complained to the media.

The series may now have found an answer, thanks to an altered inspection procedure due to the condensed two-day Cup series schedule at Chicago.

Qualifying was the last session on Saturday and teams were not required to be inspected prior to it. Instead, they were all inspected afterwards using post-qualifying tolerances, which offer a wider scope than typical pre-qualifying inspections.

The catch was even if a car failed its first post-qualifying inspection, its qualifying speed was disallowed and the driver would start the race from the rear of the field.

That was the minimum penalty. Additional failures would result in bigger penalties, including the ejection of team members.

Given the recent history of teams pushing inspection limits, rumours of dozens of failures were circulating before the race weekend. 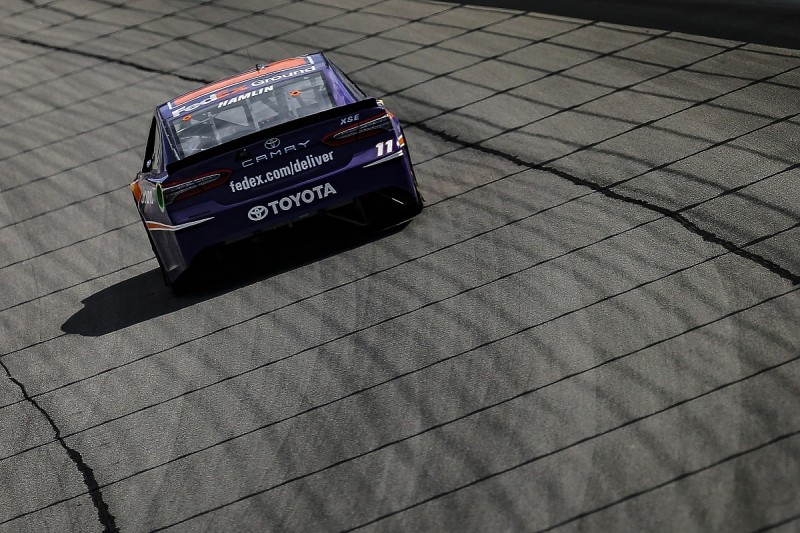 But guess what? Only four teams failed to pass the first time through post-qualifying inspection, and no teams failed multiple times.

It's stunning to see how teams can manage to get a car through inspection when faced with real and substantial consequences for failure.

And just as importantly, the TV cameras would not be on teams sitting out qualifying, or interviewing drivers from the garage when they are supposed to be on the track.

Because qualifying took place on Saturday evening at Chicago, cars were impounded and no pre-race inspection was required on Sunday. That would have to change if NASCAR adapted this inspection process for every weekend (those with three days of track activity).

Pocono later this month will be the next two-day event to use this form of inspection, but the new process may be the answer NASCAR has been looking for to rid itself of the bad image of teams failing to get on track to participate in qualifying.

Other than altering schedules to ensure NASCAR officials' time working on qualifying inspection doesn't overlap with any support races, there is no tangible reason it couldn't be adapted for every race weekend.

Yes, it's possible the polesitter could have his time disallowed, but that is nothing new and has always been possible. To ensure fans in attendance see the "true" pole-winner, NASCAR could put the drivers with the top five speeds to the head of the inspection line and clear them first.

It has to be accepted that sometimes NASCAR policies have unintended consequences, and many times they are unwanted ones.

The new post-qualifying inspection process provides NASCAR a chance to eliminate a nagging problem - a way to rid itself of it once and for all. It shouldn't waste the opportunity to do so.