Speaking ahead of this weekend's Cup Series-opening Daytona 500, Wilson said the potential new team owners "come from the business world" and that they are both "well-funded" and "credible".

He added that they've been attracted by NASCAR's Next-Gen car, scheduled to roll out in 2022, which offers substantial savings for owners as it is based on common components built by suppliers rather than being manufactured by the teams themselves.

Any new team entering NASCAR's Cup Series would have to purchase or lease a charter to guarantee a starting spot in all of the races.

Existing teams are free to sell their charters, or lease them for one year. Toyota recently added the new 23XI team - co-owned by Denny Hamlin and Michael Jordan - which purchased a charter.

"I'll say candidly that we're talking to two potential owners that are not in racing today, that are outside the sport entirely, and because of Next Gen, because of circumstance and the relationships that we've been building they're interested at taking a shot - potentially," said Wilson.

"That's exciting, when you get new ownership that comes from the business world, that's well-funded and it's credible, I think the sport's going to be rocked. Stay tuned!"

Wilson also mentioned that he continues to have an ongoing dialogue with current teams inside NASCAR's ranks.

Toyota is the least-represented manufacturer in the Cup Series, with its four-car powerhouse Joe Gibbs Racing squad only supplemented by single-car entries from the new 23XI team and the small Gaunt Bros Racing outfit. 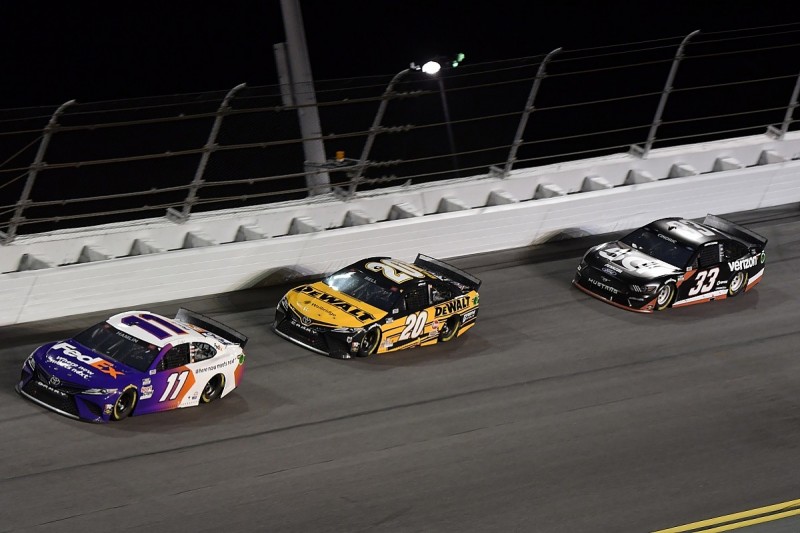 The latter failed to qualify for the 500 for the second year running, despite Ty Dillon finishing sixth in the first Duel. The first place for an unchartered team was taken by fifth-placed Ryan Preece (JTG Daughtery Chevrolet), while the second spot is decided by qualifying times - which put Austin Cindric (Penske Ford) into the field.

The lack of Toyotas becomes a problem on superspeedways, when drivers are encouraged to only draft with those from a fellow manufacturer - and can cause issues around pitstops, when its cars need to pit together to get back up to speed as quickly as possible.

Wilson said of adding extra teams: "The stock answer is I like to think that I have good relations with every team out there, and I've been flattered quite honestly by the number of approaches that have been made - just casual ones. We have a couple of on-going conversations."

On the subject of the Next-Gen car, Wilson revealed that the bodyshells Toyota submitted for its Camrys have received approval.

"The cars that have been testing are mules, effectively, with a neutral, agnostic body strapped on to it," he said.

"One of the next steps is for us each to run our bodies and our engines.

"We have not put a Toyota engine in a Next-Gen car to test yet. So that's all going to happen pretty quickly this spring."