Seven-time champion Johnson crashed his third car of the Daytona week in Sunday's race when Ricky Stenhouse Jr triggered a coming together between Johnson's team-mate Chase Elliott and Brad Keselowski.

A total of six cars were taken out in the incident and there was a further big crash when Penske's Ryan Blaney pushed the Ford of Kurt Busch into the wall with two laps to go, leaving just eight cars on the lead lap afterwards.

Johnson criticised the approach of drivers early in the race.

When asked if it was a product of young drivers coming into NASCAR, Johnson said older drivers had to share the blame.

"In that instance, it looked like it [was down to younger drivers], but I'm not picking on the young guys by any stretch," he said.

"Veterans typically cause more problems out there, because we have more confidence and experience and usually create more issues than the young guys do.

"We are going way faster with this rear ride height rule [no limits in 2018].

"Just everything is on edge. It's a lot of fun, we are flying around here, but it puts handling at a premium.

"It gets us closer to the edge of traction and we are just slipping and sliding all over." 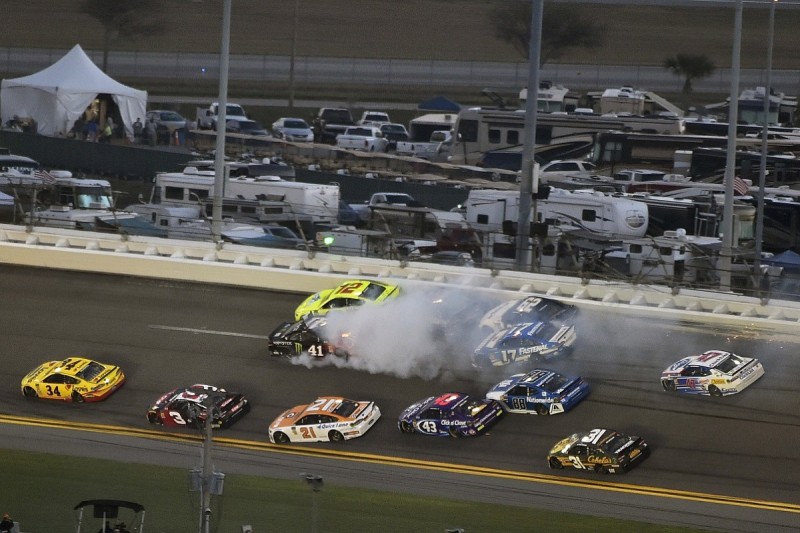 Blaney was involved in both major crashes in the Daytona 500, avoiding Elliott's spin unscathed during the first but ending up seventh after triggering the other.

He said he had been caught out by Busch changing line "last minute" when blocked by Denny Hamlin.

"I was on his left rear and I turned him. I feel bad about that," Blaney explained.

"He kind of changed lanes last minute and I couldn't react quick enough.

"It stinks, we led a lot of laps. It just wasn't meant to be. But it was a good showing."

Danica Patrick was among those eliminated in the first major crash, ending her final NASCAR race early.

At the time she was running towards the tail of the 15-car lead pack, and said she had been satisfied with how the day was going considering how late her Premium Motorsports deal was secured.

"We pulled this together a month ago - that's a tall order to get a car ready for a superspeedway and competitive, but it was. 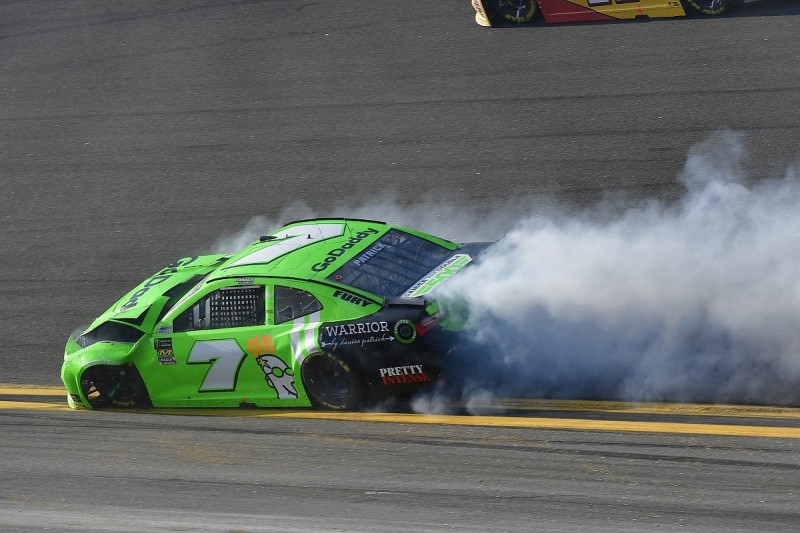