Logano has his place in the final four confirmed ahead of the Phoenix decider, with regular season pacesetters Martin Truex Jr, Kevin Harvick and Kyle Busch yet to do so.

The 'Big Three' of Truex, Harvick and Busch had been expected to continue their regular season dominance into the playoffs, but earlier this week Harvick lost a guaranteed spot over a spoiler infringement.

Logano has scored more points than any other driver in the playoffs, scoring 342 points to Truex's 301, and is on a run of six consecutive top 10 finishes.

The Penske driver now believes he is the favourite for the title.

"Honestly, it's funny I was talking with Todd [Gordon, his crew chief] on the way out here and I told him: 'When the playoffs started I kind of felt like we were an underdog of making it and honestly the last six or seven weeks we've led a lot more laps, we've won a lot of stages, won a race, was fast at Kansas, was fast at Texas, you know what, I think we're the favourite now to win now.'

"And I think it's so crazy to think that it can change that quick, but we are the one team that has been able to say we're locked in the last couple of weeks."

Logano's title rivals had their chance to respond with outside shot Chase Elliott saying he does not "really care what he [Logano] thinks", and Truex adding: "Good for him. I don't think that's the case."

Busch responded by saying: "Sure, he's [Logano] the only one locked in to go to Homestead so he's the only guy racing right now. He can be the favorite if he wants to." 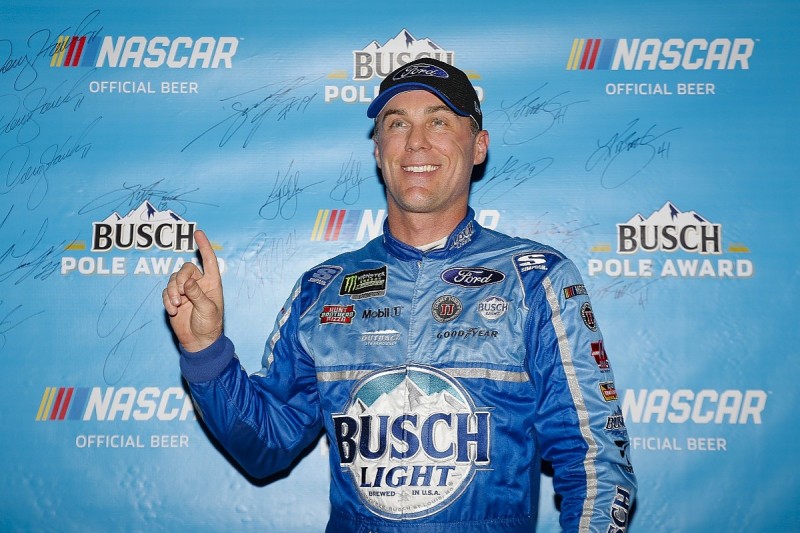 Logano says that Harvick will have to overcome the challenge of working without his crew chief as a result of his mid-week penalty.

Harvick is three points inside the top four for the Phoenix final four decider, and has taken pole position for Sunday's race.

"I think if there's going to be a hiccup it's not going to be on Kevin's part. I think Kevin is the type of driver that rises to the occasion.

"We've seen that happen a lot of times, but I think there can be a hiccup in communication.

"Obviously, they'll be in communication with Rodney [Childers, Harvick's crew chief], but it's not going to be very quick by the time it goes one way or the other, and you know the way things get lost in translation sometimes on the phone compared to being face-to-face.

"You're going to have those situations, and it's for the next two races.

"I'd say it's a big hit for them, but I'd also feel like that car is going to make it through as fast as they are and going to their best race track."