The team that supported Martin Truex Jr's 2017 championship victory will close its doors at the end of 2018 after the exit of a key sponsor.

Visser had previously said he was unwilling to use his own money to keep the team afloat and announced the squad's closure in September.

Truex and crew chief Cole Pearn will head to Joe Gibbs Racing for 2019, moving to the team that Furniture Row had a technical alliance with as fellow Toyota outfits.

Visser has now given a further explanation to the closure decision.

"Once things got far enough along there was no turning back," said Visser.

"Only way that could have not happened if a sponsor brought us a big cheque. We hit the wall and had no choice.

"The guys needed time to find employment and that's why we announced our decision when we did.

"I told Martin to start looking around. Martin has been very good to us, always drove for less money than what other teams were paying and brought us a championship.

"I wish Martin and Cole all the best next year at Joe Gibbs Racing. Two outstanding individuals who are extremely talented in what they do. They will be a huge asset to JGR." 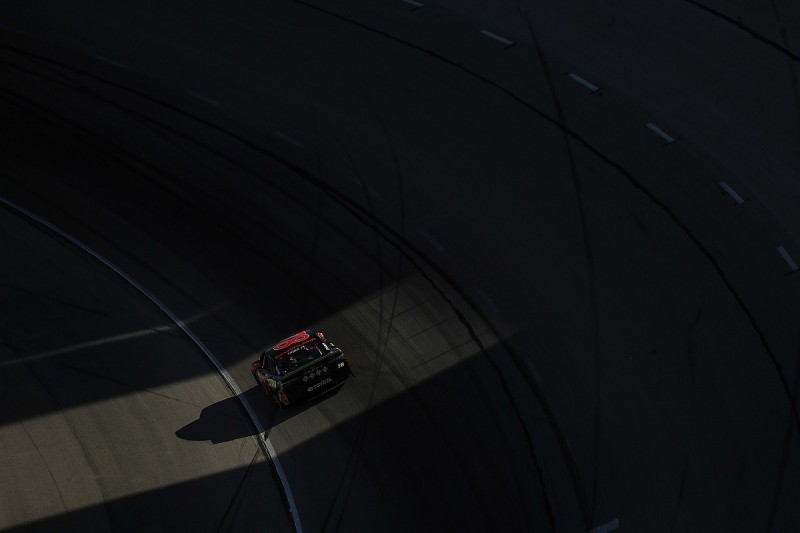 Furniture Row had the unique strategy of basing itself in Denver in a move critics believed could hold the team back.

Most Cup teams are based in North Carolina and Toyota, the manufacturer Furniture Row partnered with, also has some of its US operations there.

But Visser said he "always thought" Furniture Row could succeed with an unconventional strategy.

"For the last five or six years I knew we could," he said. "We knew we were building fast race cars and progressing in the right direction. Regan [Smith] won at Darlington [in 2011], beating Carl Edwards to the finish.

"That showed everyone that we could build fast cars. Because of that we kept on attracting good people and eventually joined forces with Toyota and forged a successful technical alliance with Joe Gibbs Racing.

"The chips were starting to fall in the right place and our record of reaching the final four in three of the last four years is a pretty strong statement about the calibre of our team."

Visser added: "To get this kind of group of guys pulled together is pretty special. I feel it's a once-in-a-lifetime happening.

"Pretty special to find that chemistry and the success that comes with it. It's hard to give it up, but sometimes it's taken away from you without having any recourse.

"I just couldn't keep borrowing money over here to feed it over there. Just had to give it up."