Busch will be joined by fellow 'Big Three' drivers Martin Truex Jr and Kevin Harvick, with the trio dominating the regular season.

Penske's Joey Logano is the fourth contender at Homestead after becoming the in-form driver heading into the playoffs.

Logano announced himself as the championship favourite earlier this month, with drivers such as Busch and Truex sceptical of his claim.

Truex, the defending champion, has stated there is less pressure on him to retain his title after a more challenging 2018.

Busch says the final four is made up of deserving drivers.

"Yeah, you want to race the best of the best, so you know, it's the best that are there and that we all probably thought would make the final four," Busch said.

"And you know, there was obviously a lot of back-and-forths as to who could [make the final four] and what happens in this scenario and that scenario, but lo and behold, it all points to the top four guys."

"The strength of the season has kind of been the top three guys, the best three, which has been Harvick, us and Truex and Logano.

"The #22 [Logano] has been solid. He's been consistent, and he's been good, especially these last nine weeks, eight weeks, I guess.

"He's kind of been the top scorer. He was in the first at weeks of the season, as well, too. He had a good run there.

"So, I think that this is a good group of four that we're going to race for a championship with." 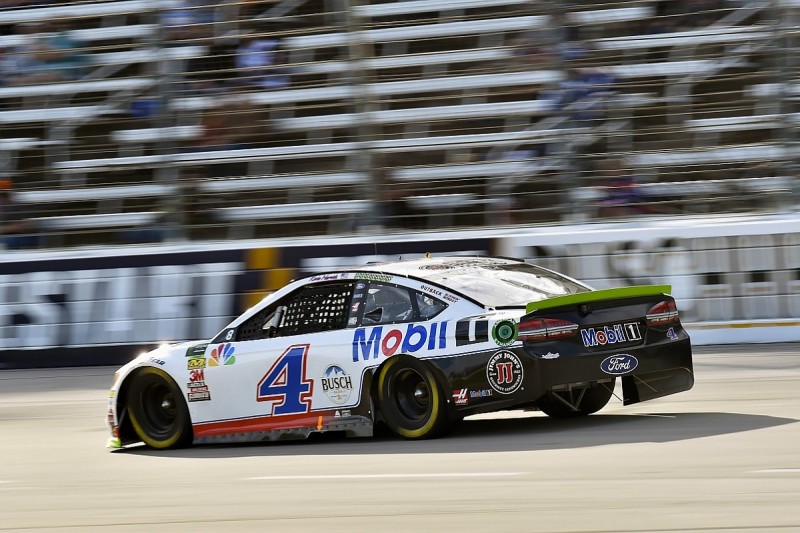 Busch's title rival Kevin Harvick will again race without the support of his crew chief Rodney Childers following his Texas post-race penalty, and the #4 Stewart-Haas Racing team has made a change to its pitcrew.

Harvick with have a new rear-tyre changer as Chris McMullen moves across from SHR's #10 car after Aric Almirola was eliminated from the playoffs.

McMullen replaces Michael Johnson, who had been Harvick's rear-tyre changer since replacing Daniel Smith after he was sidelined with health problems in September.

We had plugged Johnson in from Bristol until now," Childers told NASCAR's SiriusXM Radio. "He has done an excellent job for us and has been a great team player, but he was a guy who had never changed on a Cup car before in his life.

"He stepped up to the plate and he's made it through these playoffs and got us to this position.

"But the reality of it is, we're not quite fast enough [on pit road] to win a championship.