Bowyer then approached Newman's car in the pitlane and threw a series of punches through the open window.

Afterwards, Newman explained that he was frustrated with Bowyer due to an incident from earlier in the race and wanted to show his displeasure.

"After the race I just went up and tapped him in the back and let him know I didn't appreciate the way he raced me and he body-slammed me," Newman told Fox Sports 1.

"Then I hit him back a little bit on the back straightaway and then he just cut across my nose in Turn 3.

"It doesn't take much of a man to try to fight someone with his helmet on. I think he should be embarrassed with himself."

Bowyer said he did not understand what he had done to provoke Newman on track, but felt compelled to retaliate for the slowing-down lap clash. 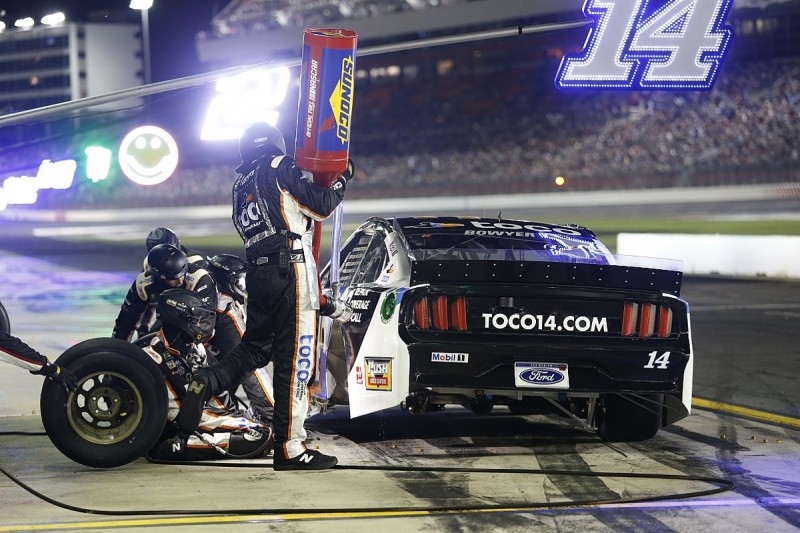 "I don't know what the hell his beef was," said Bowyer.

"I thought he was a lap down. Our day was over, we lost track position, we were basically buying time there seeing if something was going to happen at the end.

"I checked up and he ran into my left rear and that's the last I saw of him.

"And then after the race, he comes and runs into my back and turns me all around. I pull up next to him and he dumps me.

"Where I come from you get poked in the nose for that. That's what he got."

Bowyer had fallen back from his pole start to finish 12th while Newman placed 13th.

NASCAR said there would be no penalties for the altercation.

The Charlotte incident was Bowyer's second post-race spat in a week.

He had also made contact with Erik Jones on the slowing-down lap at Kansas Speedway last Saturday night in a dispute over a late battle for second.