With two wins in a row and now a commanding start to the Phoenix weekend, Penske is making a good case for being labelled the 2019 NASCAR Cup Series favourite

Amid the upheaval of the new Ford Mustang making its debut and the plethora of new aero rules - with elements that vary from race-to-race - Penske won at Atlanta with Brad Keselowski and at Las Vegas with Joey Logano, before its third driver Ryan Blaney set the Friday practice and qualifying pace at Phoenix this weekend.

Most teams - including Penske - have not even got a full grasp on the effects of the new rules, nor even seen some of the combinations used in on-track action.

But that's why having two of its drivers already locked into the championship playoffs is so useful for Penske.

Along with Joe Gibbs Racing's Daytona 500 winner Denny Hamlin, Keselowski and Logano have a degree of comfort going into remaining 23 races of the 'regular' season because they know they are guaranteed title shots.

The fact that Penske's back-to-back wins have come at the tracks where elements of the new aero rules made their debut is also significant, with Daytona having run to the same rules package as 2018.

Even so, Logano's crew chief Todd Gordon is adamant there is still much for the Penske teams to learn in the races to come.

That may seem a bit daunting to its competition, which in many cases is still trying to come to terms with a new car or new rules - or both.

"If you ever quit learning, you'd better quit because you're going to get passed," Gordon said after Logano's Las Vegas win. 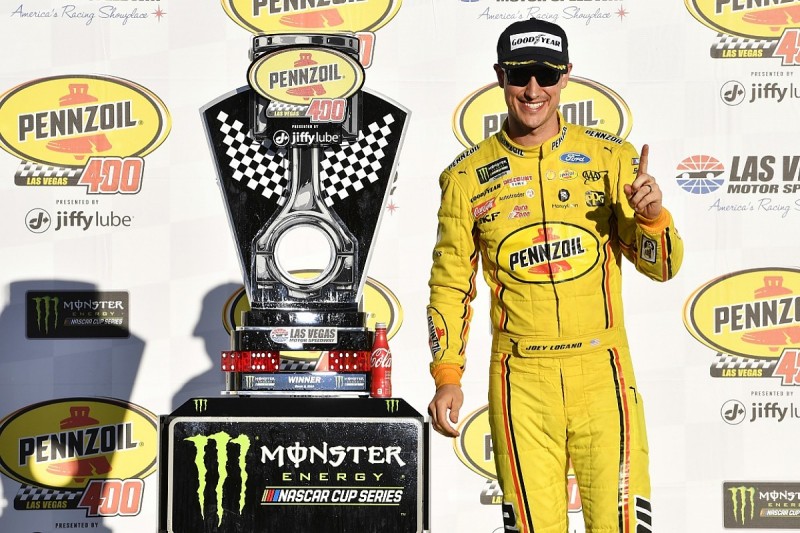 "It's a new package. It's something new that we've all got to kind to grasp around. We're all trying to sort it out.

"It's a unique situation because we've got a new package where we don't know what we've really needed out of it, and we're going to the West Coast swing where you've got to build your cars ahead of time."

Gordon also suggested that "every racetrack we go to has got a new learning curve" because of different tyre wear characteristics in particular - but he acknowledged that, ominously for its rivals, Penske had just won at one track where tyre drop-off was minimal in Vegas and at heavy on tyres Atlanta.

With Keselowski and Logano already locked in the playoffs, it opens the door for both crews to experiment a little more in the coming months.

While some of its competition are still coming to grips with getting their cars to perform well in the short term so they can get the race wins required to book title shots, Penske has the ability to focus a little bit more down the road toward the playoffs and the tracks that will decide the championship.

It also allows it some more freedom to experiment in areas such as qualifying, which was a learning experience for everyone at Las Vegas.

Gordon knows, though, that while his team may be looking ahead, Penske's rivals have already been taking the data from the past two races and making improvements themselves. 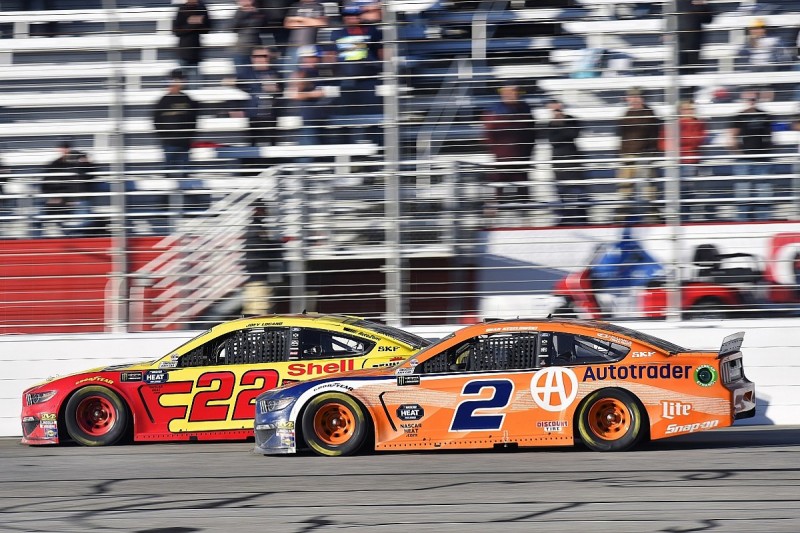 "You'll continue to see teams make changes to what they think [about mastering the new rules], and now we've got two data points and we've got a week before we go to California with the drag duct package [again]," Gordon said.

"You'll see that evolve for everybody. Even for us, it's going to evolve again, and we'll sit down and have the meetings to talk about where we thought we were good and where we think we can be better and I would expect every one of our competitors to be doing the same thing.

"We've got to continue to push to get better because we know all of those guys are, as well."

It's almost inevitable that in the coming weeks other teams will hit on something with the new rules and start notching up race wins too.

But the fact Penske has won the first two outings with the new aero rules while also working with a new car model surely shows it's a cut above the rest - at least for the time being.

And in a championship format where getting wins in the bag early can buy a team a lot of thinking and set-up experimentation time, Penske is already in an extremely strong position. 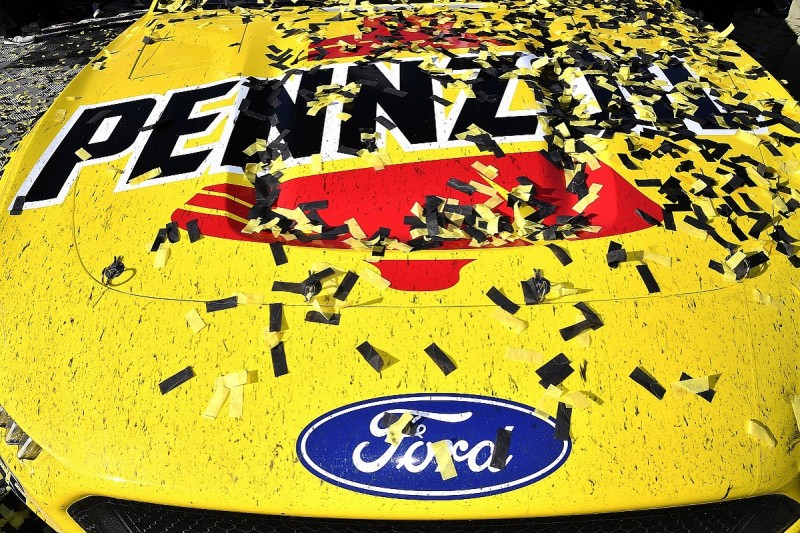