Seven-time title winner Johnson is currently on a winless streak in championship rounds stretching back to June 2017.

But Harvick launched a vehement defence of Johnson's reputation after they appeared on a radio show together late last month.

"Jimmie is one of the most disrespected great drivers that have ever come through this garage. Jimmie Johnson is just a good old fashioned great guy," Harvick said afterwards.

"It isn't like he came from a rich daddy or family that had a lot of money.

"He came all the way up from the bottom to the top and worked hard and had a lot of success and has won as many championships as Dale Earnhardt and Richard Petty.

"I never feel like he is on that pedestal next to those guys appropriately." 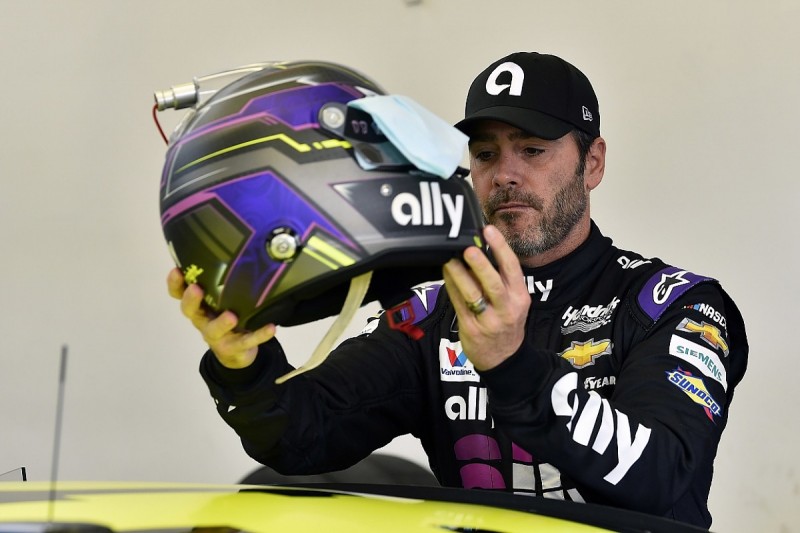 When told of Harvick's comments, Johnson said "I certainly appreciate those kind words" but played down his own feelings about how he is regarded.

"I feel like every driver probably has something that they probably deserve and something they don't deserve along the way of progressing through this sport," he said.

"I've had my good and my bad and it is what it is. Honestly, I quit paying attention to a lot of the public opinion stuff years ago.

"It doesn't do me any good and I'm just going to keep my head down and keep working."

NASCAR fans have short memories. After a winless 2018 and a somewhat calamitous start to 2019, many are blasting Jimmie Johnson as a serial crasher who needs to retire.

That is utter nonsense.

It's only been just over two years since Johnson won a record-tying seventh title - the same amount of time between his sixth and seventh triumphs - and that seventh puts him in a rather special club alongside Richard Petty and Dale Earnhardt.

Yet for some reason, Johnson is rarely regarded as being in the same league as the other seven-timers.

Not only has he also outdone Earnhardt's Cup wins tally (in fewer races), but he's won all of his titles in less time that both Petty and Earnhardt. Comparing his numbers to his contemporaries, nobody comes close.

Kyle Busch, a driver who many consider to be the best in NASCAR right now, not only took several years to finally achieve his so-far-only Cup title, but he's still a full 32 wins behind Johnson on the wins chart.

Then there are other champions - Kurt Busch, Brad Keselowski, Kevin Harvick, Martin Truex Jr, and Joey Logano; add up every single one of the championships won by other drivers in the 2019 Cup field and it's still fewer than Johnson's overall tally, yet we're still glossing over Johnson's achievements. 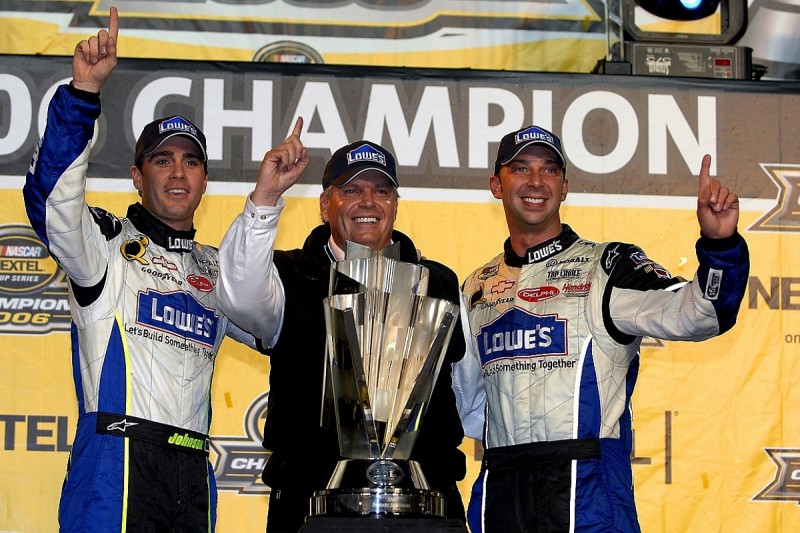 Could the #48's success be down to Hendrick Motorsports' ability to adapt to rule changes? Johnson's titles of course stretch across the Gen 4, Car of Tomorrow, and Gen 6 regulations. Could it be the expertise of recently-departed crew chief Chad Knaus?

There's no doubt that both of those factors are key, but at the end of the day a car needs to be driven, and driven well.

Johnson has had top-level competition, not just from rivals, but from team-mates in the same equipment as well in the shape of Jeff Gordon, Kyle Busch, Dale Earnhardt Jr, Mark Martin, Kasey Kahne, and Chase Elliott to name a few, and save for Gordon - who enjoyed most of his success before Johnson arrived on the scene - nobody has matched his achievements in Hendrick equipment.

Much like how in Formula 1 Lewis Hamilton and Sebastian Vettel aren't always held in as high a regard as the likes of Juan Manuel Fangio and Ayrton Senna, Johnson isn't looked upon as fondly as those who have already had their names etched into the history books for decades, and that's a crying shame.

Jimmie Johnson is one of NASCAR's all-time greats, and always will be.

It's about time he was celebrated like the living legend he is, because with NASCAR's constant drive to bunch up the field, who knows when or if we'll see success like it again.