The 1988 Cup champion and two-time Daytona 500 winner will drive the GMS Racing Chevrolet Camaro, for the team his son Chase has made several appearances for this year after regular driver Spencer Gallagher was hit with a drug ban.

His Road America drive will be 62-year-old Elliott's first race since his 2012 appearance at Daytona in the Cup series, although he has since competed in vintage racing.

Elliott's links to GMS go beyond his son, as the team's president Mike Beam had been hismcrew chief on and off in the 1990s and was also his team manager at Bill Elliott Racing.

"When this opportunity came up from Mike, I had to jump on it," said Elliott. "Chase has ran a handful of races for the team so I figured I would give it a shot at Road America.

"Beam and I have worked together in the past so it will be exciting to get back behind the wheel and bring back some old memories."

Beam added: "We are thrilled to welcome Bill to the GMS Racing family.

"Bill has many years in NASCAR and it's going to be great to watch him come back, especially in GMS equipment.

"Bill and I worked together back in the day and had a lot of success so hopefully, we can pick up where we left off and create some more great memories." 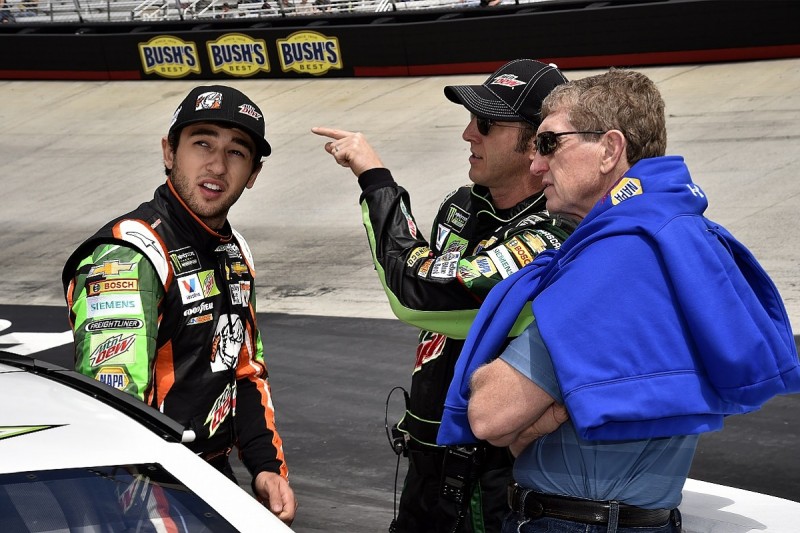 After Elliott's son Chase qualified third for this weekend's Cup race at Pocono, the Hendrick Motorsports driver was asked for his thoughts on his father's return to racing.

"I definitely want to go [to Road America]," said Elliott. "It's going to be exciting. I know he's excited about it. He just needs to go have fun and I think he will.

"He hasn't forgotten how to drive. So, I think that he will have fun with it and that is the main thing, go and enjoy it and have a chance to get racing again."

The Xfinity series has had a number of one-off entries confirmed in recent months, with sometime IndyCar driver Conor Daly set to join Elliott at Road America and sportscar veteran Katherine Legge will be on the grid at Mid-Ohio.