Hamlin had little competition as he took the first two stage victories, but fell back to fourth for the start of the final stage.

Team-mate Martin Truex Jr picked up the race lead and spent the first half of the stage battling to stay ahead of Kyle Busch.

Hamlin made quick work of third-placed Brad Keselowski and was soon on the tail of the race leaders, taking second from Keslowski before the final pitstops.

Truex had looked strong throughout the race, but began to complain about lack of grip after the final stop.

Despite the issues, he managed to keep Hamlin behind him until a small mistake eight laps before the chequered flag allowed Hamlin through.

Hamlin held the position to take his sixth victory of 2020, 1.179 seconds ahead of Truex, with Busch a further 5.8s back in third.

The race started with drama when, just seven laps in, Kurt Busch and the fourth JGR Toyota of Erik Jones came together, sending Busch's Chip Ganassi Chevrolet hard into the wall. 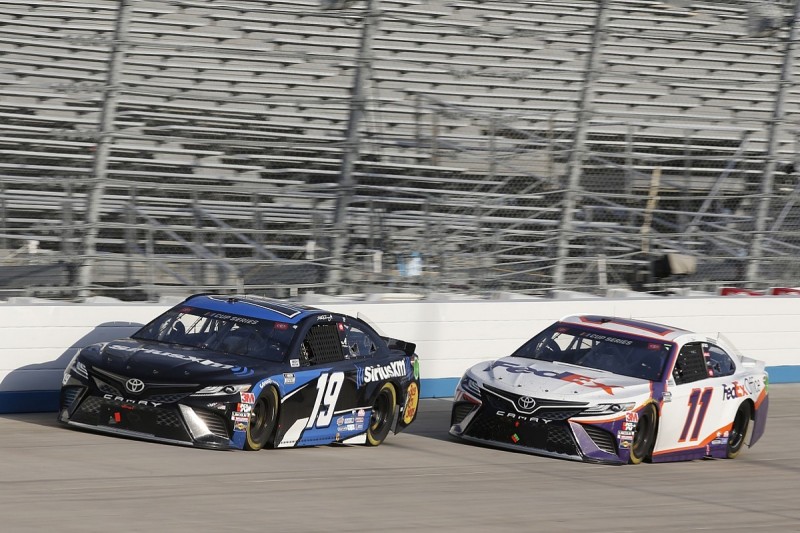 The caution that resulted from the incident was the only unscheduled caution.

Polesitter Chase Elliot and Kevin Harvick both looked strong in the first stage, but dropped away from the lead battle early on.

Harvick's issue came in the pits on his first stop of the day, when he was released with a loose left rear wheel nut and forced to quickly make a second stop.

Both spent the rest of the race working their way up through the order, eventually coming home fourth and fifth, with Harvick just ahead of Elliot.

Clint Bowyer took sixth ahead of Jimmie Johnson, who moves back into the playoff positions.