The pole is the third of the 2022 season for Elliott, who claimed back-to-back wins at the track in 2018 and 2019 and finished second in last year's race on its return to the calendar.

“My car has been solid, I felt like we had some work to do there from where we were in practice,” Elliott said.

“I felt like there was a couple parts of the track I wanted to put together better.

“It’s just so fast. The pace is just so high here with this car I feel like from what I remember and how much throttle you’re carrying.

“A little bit carries with you a long ways. I’m really proud of my team.” 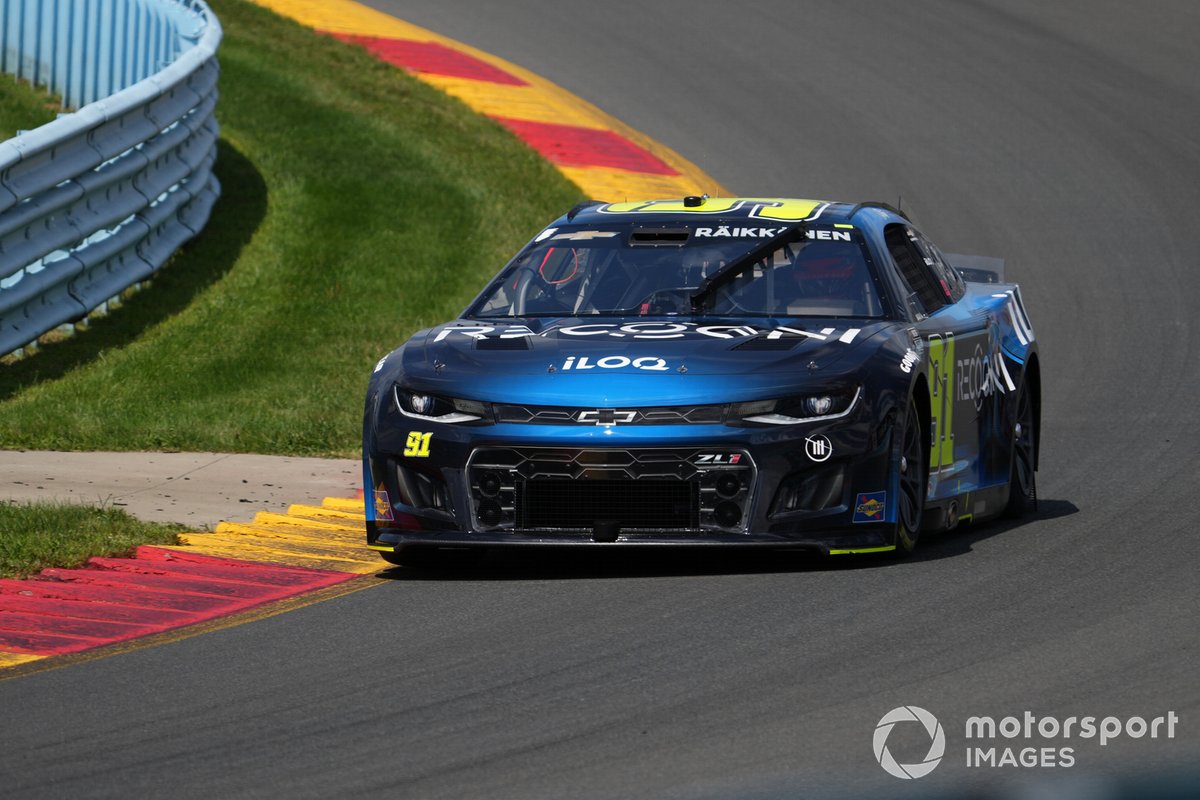 The Finn, who has one Xfinity Series start and one Truck Series race under his belt from 2011 with Kyle Busch Motorsports during his sabbatical from F1, set the 13th-fastest time of his qualifying group with a 1m11.824s lap.

“I wish there had been more laps,” said Raikkonen, who completed a test last week at VIRginia International Raceway to get acquainted with the Camaro.

“It just felt like there is a lot of potential, but you know, I’m not sure which line to take and just not enough laps to put everything together.”

Fellow ex-F1 racer Daniil Kvyat was 18th-fastest in the other qualifying group, the ex-Toro Rosso, Red Bull and AlphaTauri driver setting a best time of 1m13.129s on his second outing in the Team Hezeberg Toyota.

That put him half a second adrift of 2010 Le Mans 24 Hours winner Mike Rockenfeller, who is also making his Cup debut and posted a 1m12.583s in his Spire Motorsport Chevrolet.