Joe Gibbs Racing announced in July that it was dropping 45-year-old 2003 champion Kenseth for next year.

It has recalled its 21-year-old protege Erik Jones, currently completing his rookie season with Furniture Row, to fill the vacancy in its #20 Toyota.

Kenseth took his first Cup race win in over a year at Phoenix last Sunday, days after admitting that he had run out of options for 2018.

His team-mate Kyle Busch was delighted to see Kenseth win again and thinks he deserved better from NASCAR teams.

"He's been really down and frustrated and trying to figure out this season and what it's all about, to try to go out there and try to win in his final season, his not‑on‑his‑own‑terms final season," said Busch.

"It shows that there's no reason why he couldn't have got a job anywhere else.

"It's just I guess the industry didn't see Matt Kenseth as their driver, and that's really, really unfortunate because I love the guy and have raced with respect for him for a long, long time and will forever respect him for what he's done for the sport."

Busch's fellow title contender Martin Truex Jr called Kenseth's win "really cool to see" and said he was "kind of cheering for him a little bit because I couldn't catch him".

Even American racing legend Mario Andretti shared his support, tweeting to Kenseth after his win to tell him if Andretti had a NASCAR team "you'd be my driver".

Dale Earnhardt Jr and Kenseth were title rivals in what is now the Xfinity Series in 1998 and '99 before joining the Cup field together in 2000.

While Earnhardt took both second-tier crowns, Kenseth beat him in their Cup rookie of the year battle.

With Earnhardt retiring and Kenseth currently drive-less, they now look set to exit the championship at the same time too.

"Matt engaged me early in our careers and I was really shy, I didn't have an understanding of how to interact with my peers and competitors that well," Earnhardt said.

"I was just trying to do well. I was really nervous coming up into the ranks, but Matt engaged me and we became friends.

"We did a lot of things together. We supported each other and enjoyed seeing each other have success.

"He has always had an influence on me as far as how I race or the person I want to be or become.

"I hate to think that he is finished knowing that he wants to continue to compete.

"I know that he wants to race and I think he can obviously still be competitive and I hope that he gets the opportunity he wants to be able to continue."

Kenseth will run in a special livery (pictured below) at Homestead. 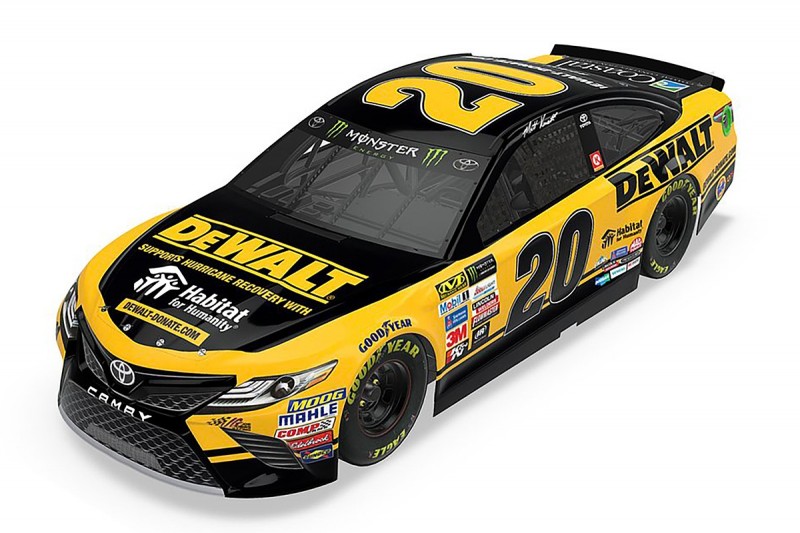