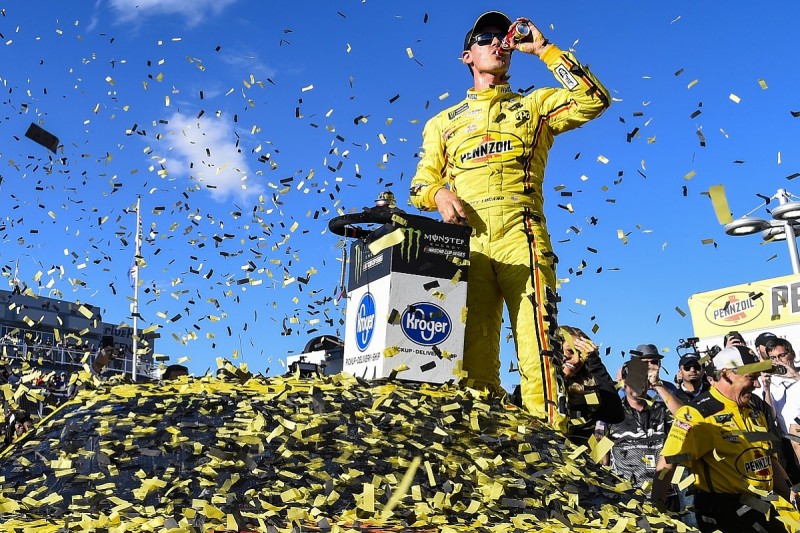 Logano, who started 10th took the lead of the 267-lap race from Stewart-Haas's Kevin Harvick midway through the final stage and resisted Atlanta winner Keselowski's advances on the final lap to record the 22nd Cup victory of his career by 0.236 seconds.

Behind Keselowski, Kyle Busch brought the #18 Joe Gibbs Racing Toyota home in third place, ahead of stage one winner and polesitter Harvick, having recovered from being a lap down after being awarded a drivethrough penalty for speeding while entering the pits on lap 119.

Having dominated stage one, leading by as much 4.5s at times, Harvick struggled to replicate the pace he had in the opening 80 laps throughout the remainder of the race.

The #11 SHR Ford led a race high 89 laps, but was beset by grip problems on-track and while exiting his pit-box, meaning he could only finish in fourth, but still a clear margin ahead of the remainder of the pack, headed by Kurt Busch. 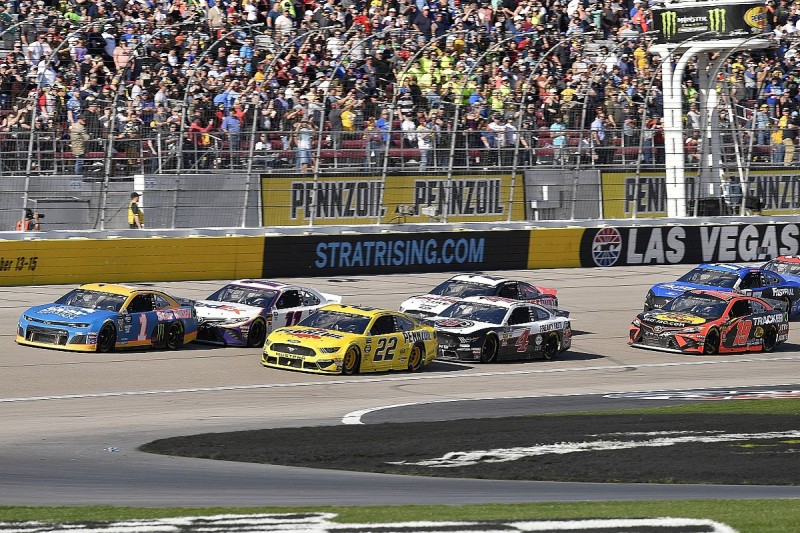 By running an off-set strategy, Busch was able to make the most of an incident-free race, to climb from 28th on the grid to take fifth place. The Chip Ganassi Racing driver did not pit with the rest of the field at the end of stage two, which had been claimed by Logano, and elected to run a little longer into the final 107-lap stage.

When he rejoined with around 60 laps left to run, he was in seventh place, and quickly passed the inhabitants of fifth and sixth, Aric Almirola and Denny Hamlin, to finish as the highest of the Chevrolet runners.

Ricky Stenhouse Jr, who led five laps through one of the pitstop cycles, took sixth place for Roush Fenway Racing, ahead of SHR's Almirola, who rose from 25th on the grid to a seventh-place finish.

Daytona 500 winner Hamlin rounded out the top 10, as 37 of the 38 starters finished - Joey Gase being the exception with an engine problem in the early stages.