Hendrick Motorsports has had a challenging season after overhauling its organisation, alongside the introduction of the new-for-2018 Chevrolet Camaro.

Johnson has not won for 51 races and has scored just one podium in 2018, which came at Bristol early in the season, meaning he made the playoffs on virtue of points scored at the final regular season race.

An eighth place finish at Richmond ensures he heads to Charlotte six points off the cut for the next phase of the playoffs, with the brand new 'roval' road course considered a "wildcard" race that could mix up the championship chase.

Asked how the scenario will play on his mind, Johnson joked: "Crash all those guys in front of me, is that a good option?"

He added: "I think surviving is just the biggest thing.

"We will just go there and give 100% and do what we can. It's been one of those years, but we are going to go down swinging to the bitter end." 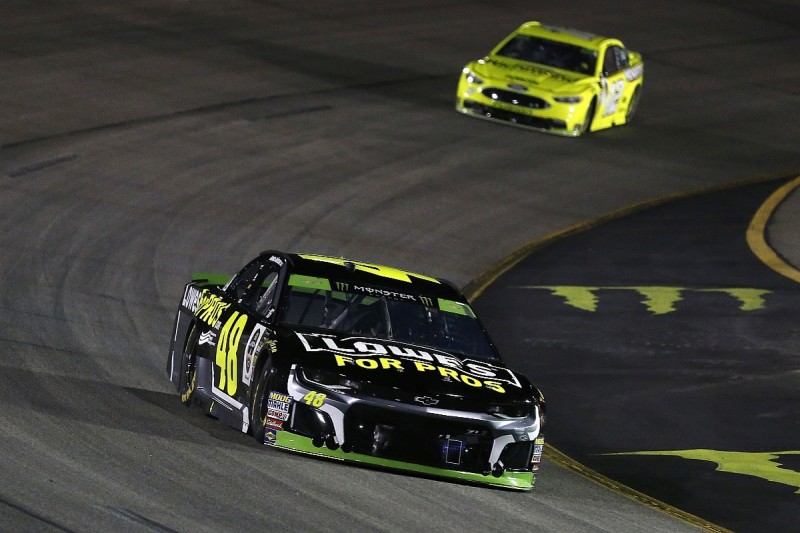 Johnson said his run at Richmond, a track he traditionally struggles at, was promising ahead of the first Roval race.

"Yeah, I think that is a good sign. This isn't one of our better tracks," he said.

"I was right there in a group of cars where I could have been fourth or ended up eighth.

"We had to fight through track position issues a couple of times, speeding penalties.

"I started at the back at the beginning of the race, and then the trackbar adjuster not working really limited the ability I had on the short run and then late, late in a run."

Drivers below Round of 12 cut-off