It was the fourth time in the last five Cup rounds at Richmond that Truex has led the most laps but not won.

The Furniture Row Toyota driver dominated the race's first two stages, but had to start part three from the rear of the field having been given a penalty for an uncontrolled tyre during his pitstop.

He recovered to third place behind Kyle Busch and Kevin Harvick.

Asked if he felt Richmond 'owed' him a win, Truex replied: "If there's one that does, it's here, I can promise you that.

"I don't know what we've got to do to win one of these things. God, it's awful frustrating to come here and be so good and lead so many laps and find every single way possible that just things don't work out for us."

Truex's run of Richmond frustrations started when a slow pitstop and speeding penalty cost him victory in the September 2016 event.

Twelve months ago he was on course for victory again before a late caution triggered pitstops in which he was jumped by Kyle Larson and a restart at which he tangled with Denny Hamlin.

In this year's first Richmond race he lost out with a troubled late pitstop while leading. 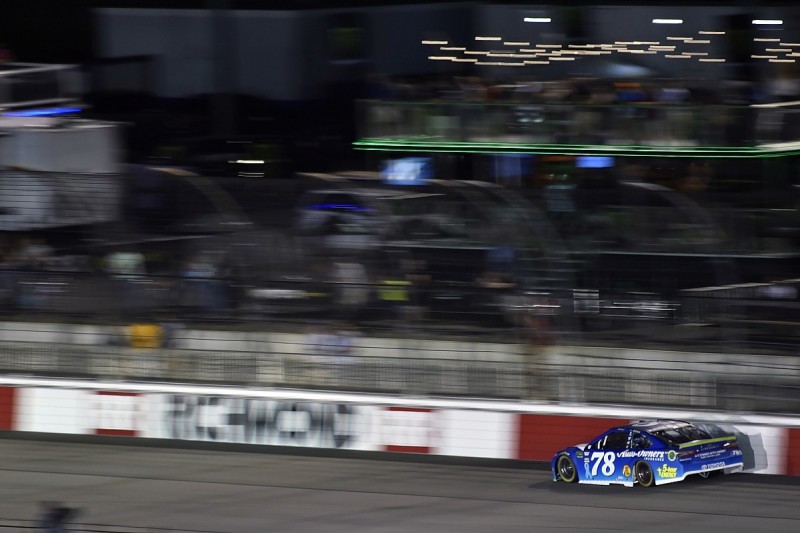 Truex said it had been important for the team and crew chief Cole Pearn that he remained calm about the pit problems during Saturday night's race.

"You can't beat a dead horse," said Truex. "If you start yelling and screaming at them they're just going to do worse the next stop. I let Cole and the guys in the pit handle it.

"I just do all I can do behind the wheel to get back to the front. That's all you can do.

"It's pretty frustrating. But at the same time, it feels good to run that good, and we recovered well and did what we came here to do - which is move on to the next round."

Although Truex did not win either of the first two playoff races, his third places and stage wins in both mean he leads the championship and has qualified for the next phrase regardless of what happens in this weekend's Charlotte 'roval' road course event.

Busch and Brad Keselowski are also safe thanks to their race wins, while Harvick's points tally means he just has to start at Charlotte to make it through.

Clint Bowyer, Jimmie Johnson, Erik Jones and Hamlin are currently at the bottom of the 16-driver playoff table.