Busch's victory at Richmond guaranteed him a place in the Round of 12 stage of the playoffs ahead of the final cutoff race on the roval.

The roval incorporates most of Charlotte's oval circuit and the infield section and is set to be the deciding race of the Round of 16 stage of the playoffs.

There has been regular testing at the roval, which had to have its backstretch chicane modified to prevent drivers carrying too much speed in the infield by corner cutting.

It has also had preparation work that has been described as similar to Formula 1, having used RoadGrip, which paints most grand prix venues.

"It [winning] certainly takes a bunch of relief. If we would have not won the race but been ahead by 60 or whatever points of the guys that were on the cutoff, we would have been fine, as well," said Busch.

"We could have gone into the roval and raced our way however we wanted to race.

"If we would have had trouble [at Richmond] and been kind of at the cut-off line, then obviously it would make for a very, very stressful week and a stressful roval.

"But right now it feels pretty good. So we can go in there with no worries and try to go and attack that place and see what we can get out of there." 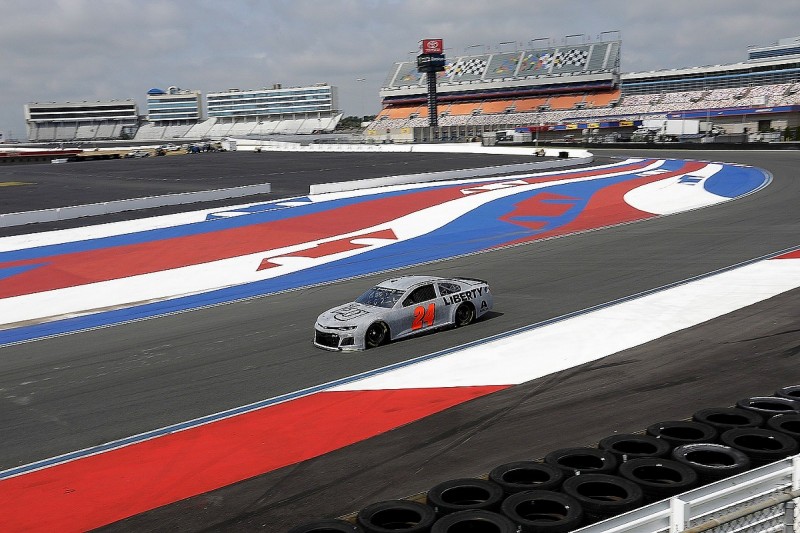 Asked why his rivals were nervous about the roval, Busch said: "I think everybody is just nervous because it's very slick, and I don't know why it's so slick.

"When you go to the roval, you're just on edge the entire time. It feels like ice. You're never comfortable.

"And the problem with it is, too, if you get off course, you're into a tyre barrier, you're into a wall, you're hitting someone or something right away.

Busch's brother and Stewart-Haas Racing driver Kurt added that the race is going to be "pretty wild".

"You've got to be prepared for everything from transmissions to tyre wear and the engine," he said.

"You've just got to roll with it and see what happens.

"Braking is going to be important, to not overshoot the corner and make simple mistakes. It's going to be pretty wild.

"You want to be up front and staying away from the possibilities of trouble from the midfield.

"I hope we qualify up front and get the stage points that we need, but if we don't, I'd like to start last going into Turn 1 to stay out of the 20s."