Johnson: Hendrick has NASCAR momentum back after third at Bristol

Johnson is currently on a run of 31 races without a win but took his best result of the 2018 season with third in Monday's rain-delayed Bristol race.

His team-mate Chase Elliott crashed out of the race, but Alex Bowman was a career-best fifth and reigning Xfinity champion William Byron came 18th.

Hendrick has struggled to get to grips with Chevrolet's new Camaro introduced for 2018, having changed its organisational structure in a bid to improve the team.

And Johnson, who is now 17th in the standings and 196 points off leader Kyle Busch, said the momentum of his poor results meant it took a while to recover.

"[In] most situations momentum does carry you up or down," he said.

"If things seem to be going wrong, they continue for a while. Sometime it'll turn around, you just don't know when.

"I have experienced it in my career where we have had different dry spells, and we'll get the car going well, and I'll make a mistake, or the car [is] going well and we have a bad pitstop, or are just unlucky, and it takes a little while. 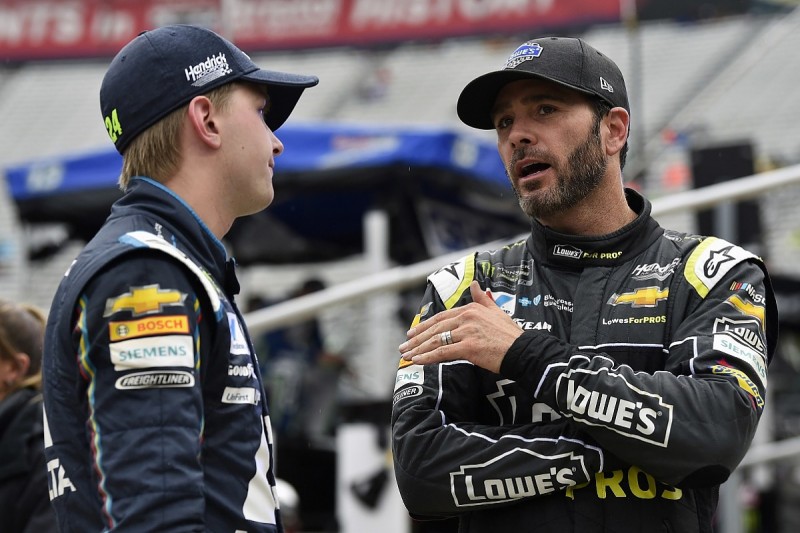 "We've been talking about our cars performing and driving better and creating speed the last three weeks or so, but to finally back it up with a solid finish is exactly what we needed," he said.

"To see my team-mates with positive comments about their cars the last few weeks and some good results yielding from all of that, we definitely have it rolling in the right direction.

"Specifically, on the #48, last weekend [at Texas] there was a lot of excitement with the speed in our car, but we just had some bad luck on track and on pit road and a variety of things that went on.

"To really be so buttoned up on race calling, pitstops, what I did in the car, the whole thing, I really feel like we're rolling in the right direction now."