Gordon was joined by Andretti - who also won the Indianapolis 500 and Daytona 500 - and three-time F1 champion Hamilton before starting his final NASCAR race at Homestead last weekend.

After bowing out of the sport with a sixth-place finish, as Kyle Busch secured his first Sprint Cup title, Gordon said he did not consider himself to be in their "league".

"Nobody is in Mario Andretti's league," Gordon said. "That's like a whole 'nother league.

"I don't think of things like that. I have a lot of respect for other forms of motorsports.

"I was a huge fan of Mario, especially because he ran sprint cars and USAC and knowing he ran stock cars I believe he's the greatest driver of all time, Formula 1, all the things he did.

"It was so cool having [Andretti and Hamilton] at the car together and getting a picture with them, and Lewis was so cool.

"He was asking a million questions. He wanted to know everything about the cars, the competition, the tyres, the track, everything, my steering wheel.

"He's a racer, and I love that, and Mario was just cool as can be, just, 'Man, go do what you know how to do, you've got this.' That was a great moment.

"I don't necessarily say I'm at their league. I just have great respect for them, and I was happy they were supporting me and being there at the car."

Gordon, who met Hamilton at an NFL Super Bowl, sampled a Williams Formula 1 car on the Indianapolis road course in 2003, in car swap with Juan Pablo Montoya.

Eight years later, then with McLaren, Hamilton participated in a similar event with Tony Stewart at Watkins Glen.

"I've liked Formula 1 ever since I drove the Formula 1 car [pictured]," Gordon said.

"I always have been fond of that sport, and if you asked me what sport do you watch the most besides NASCAR, I'd say Formula 1, then NFL.

"And so I was already a fan of [Hamilton], and then he went and won the championship, and we just stayed in touch, and then this year I've been in touch with him and cheering him on and just communicating with him.

"I've been trying to get him to come to a race, and it just so happens this was the race that he was able to come to, and I can't think of a better race for him to come to." 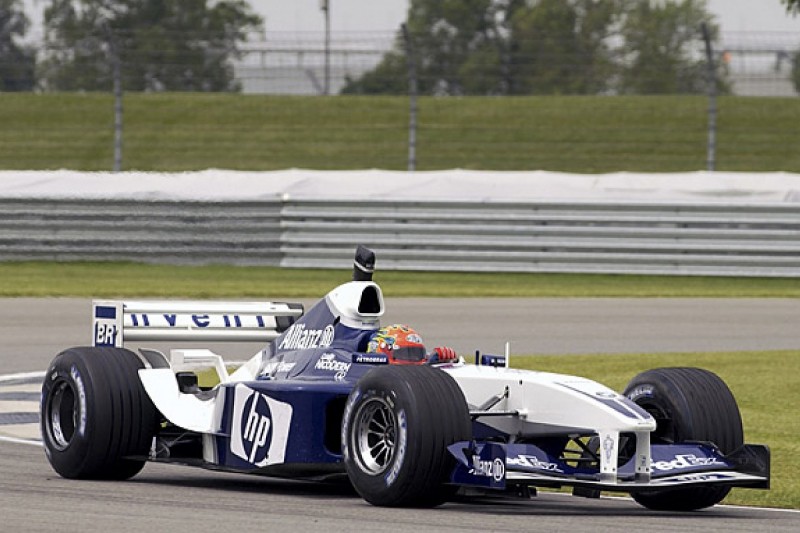 Kyle Busch to have more surgery on leg and foot injuries