Busch won the Homestead finale on Sunday to secure his maiden Sprint Cup championship ahead of Kevin Harvick, Gordon and Martin Truex Jr.

When Gordon was asked at the end of his NASCAR career if Busch could reach similar heights, the four-time champion replied: "Yeah. He's more talented than I am.

"To me the edge that I always had on Kyle, as talented as he is - as fast as he is - is that sometimes he never knew where to stop pushing the car to the edge.

"If you can put pressure on him, you can kind of force him to push it over the edge because he's capable of pushing it so far.

"But this year I saw a new Kyle Busch and one that he held back at the times when he needed to, and that's important."

"I've said this about Jimmie before he got his first championship, 'If he ever gets one, watch out'," he added.

"Once you believe in yourself and you get confidence and you know what it takes to do it and you're not second-guessing what you're doing and you pull it off, watch out.

"You can go on a tear, and Jimmie did that, and Kyle is another one of those drivers that can do that."

BUSCH HAD WRITTEN OFF CHASE CHANCES

After breaking his right leg and left foot at Daytona in February, Busch received dispensation from NASCAR to qualify for The Chase if he finished the regular season inside the top 30.

Having missed the first 11 events, Busch had 15 races to overturn a 179-point deficit, and his first four starts included a pair of DNFs.

"We weren't finishing where we needed to be finishing and it was getting a little disheartening," he reflected.

"So I finally was like, I need to give my team the best effort that I possibly can for the rest of this year, for [crew chief] Adam [Stevens] and all the guys, to prepare for 2016.

The Joe Gibbs Racing driver went on a summer spree thereafter, winning at Sonoma to start a run of four victories in five races and eventually booked his Chase spot with one race to spare.

"It sort of changed right then and there," he said of Sonoma.

"It was really exciting to know that our biggest obstacle that we thought was going to be the hardest thing for me to do this year was run Sonoma, we won." 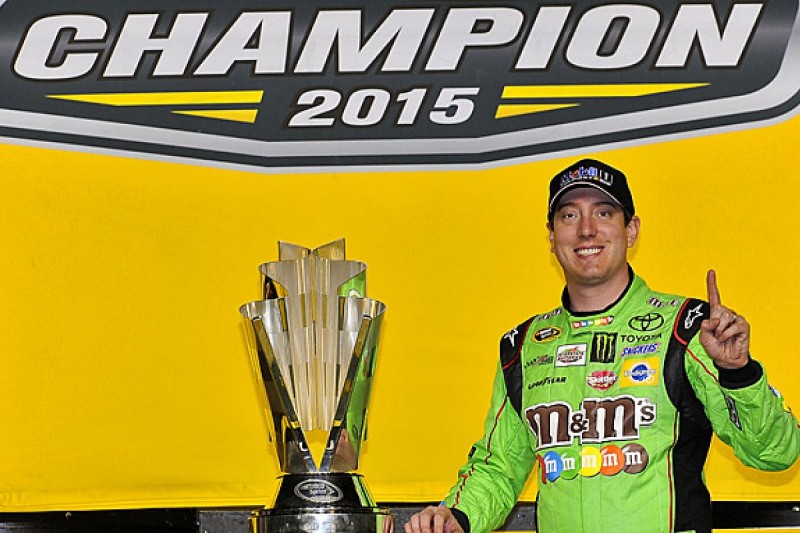