Aric Almirola has been cleared to race in this weekend's New Hampshire NASCAR Cup race, two months after injuring his back in a multi-car crash at Kansas Speedway

Richard Petty Motorsports driver Almirola fractured his T5 vertebra when he was caught up in the accident between Danica Patrick and Joey Logano in May.

After being given the all-clear by doctors to drive again, Almirola tested at Charlotte Motor Speedway on Tuesday and reported that "physically, I felt great in the car and had no pain associated with the injury".

Speaking to Autosport last week, Almirola said the test would be crucial for assessing whether he could cope with coming back to racing.

"The biggest thing for me is just getting in the race car and having the doctors make sure I don't have any pain," he said.

"When the car slams down into the banking and sort of loads up, there's a lot of load that goes through your spine through that vertical compression - that's sort of the same compression that injured my spine.

"I just have to make sure that when I go through that, that I don't have any pain when the load goes up through my spine."

Doctors initially told Almirola he would be out for eight to 12 weeks but with physical therapy and swimming to strengthen the muscles in his back he hit the earlier target. 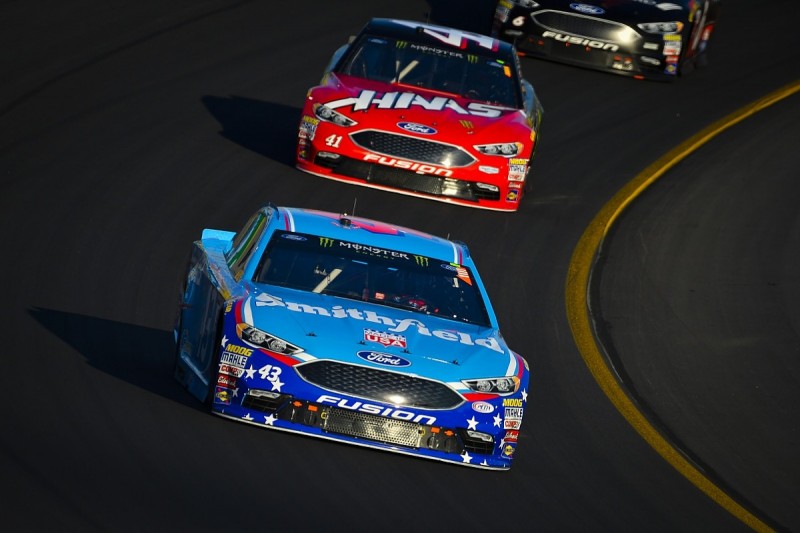 Regan Smith, Darrell Wallace Jr and Billy Johnson all made appearances in Almirola's Ford in his absence.

"I'm very grateful to Bubba [Wallace], Regan and Billy for all of their efforts subbing for me both on and off the track.

"I'm excited to get back to racing against all my friends and peers."