Confirmation of the move came just days after Kenseth told reporters at last weekend's Kentucky Speedway round that he would not be staying at JGR for 2018.

He has been tipped for a move to Hendrick Motorsports, which has a vacancy due to Dale Earnhardt Jr's retirement but is believed to want to keep its latest protege William Byron in the second-tier Xfinity Series for a further year.

"Matt has been a tremendous asset to our organisation over the past five seasons both on and off the track," said Gibbs.

"He's been a great team-mate and a great ambassador for our sponsors.

"We have a great deal of respect for him and we are working hard to get the #20 team into the playoffs to make a run for the championship.

"We have a great deal of confidence in his abilities to do just that.

"At the same time it's exciting to have Erik back to run full-time with us starting next season.

"When a number of circumstances made it clear over the past few weeks that a second year for the #77 [Furniture Row] car was probably not viable at this time for Erik, we all agreed that we wanted to keep him in the Toyota racing family and felt it was the right time to make this transition.

"He is an exciting driver that has already proven to have the ability to compete at the highest level of our sport.

"We believe he is at the beginning of a long and successful career." 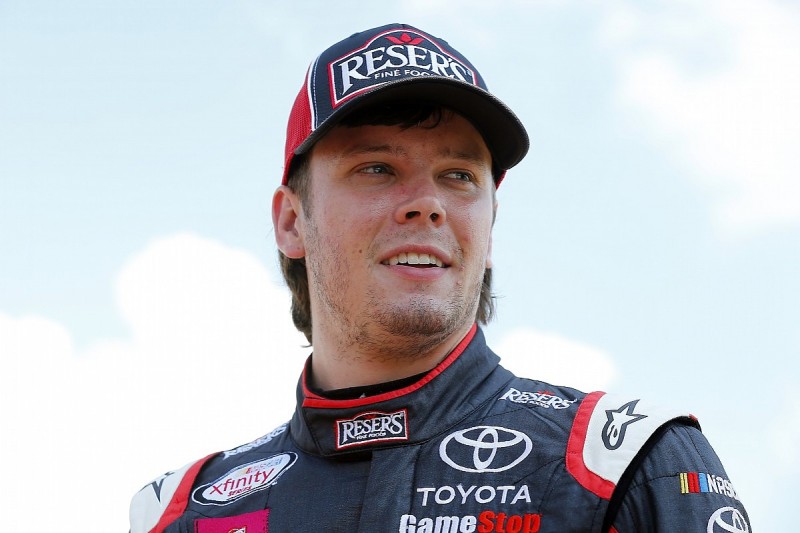 Jones made his Cup debut with JGR in 2015, substituting for the injured Kyle Busch - who had guided his career - at Kansas Speedway.

He took seven wins in the Truck series and eight in Xfinity before graduating to the top level with Furniture Row this year.

"This is a really exciting time in my career for me to make the move back to Joe Gibbs Racing full-time in the Cup Series and continue to have the success I've had with them over the last few years," Jones said.

"I will always be grateful for the opportunity given to me by Barney Visser and everyone at Furniture Row Racing this year for my first full year in the Cup Series."