NASCAR's decision to postpone its new aero rules to 2019 is "about money" and is the right call, says Kevin Harvick

Following extensive discussions among tracks, teams, manufacturers and engine builders, NASCAR announced last week that the revised aero package experimented with in the non-championship All-Star race at Charlotte in May would not be used again this season.

Series chiefs had previously mooted using the package in a handful of Cup rounds this year.

Harvick said NASCAR refraining from that was a "very good decision" as mid-season changes would be unwise.

"When you look at these teams and the things that have already been laid out, money that has already been spent on research and development, I think we could make that package better than it was at the All-Star race," he said.

"In order to do that, you have to have a well laid out plan so you don't just jump into something and have to change something else."

Its top-level debut in the All-Star race produced more green-flag passes for the lead than in the previous four events combined.

"If you started the season with a plan to do this, the teams can take their budget and be prepared," Harvick said.

"And NASCAR would be in the same boat. There are going to be some things on the inspection side that nobody has thought of.

"You have playoffs in 10 weeks, it would just be a massive, massive undertaking for the sport that could be right or could be wrong because you haven't run a full race and you don't know for sure. 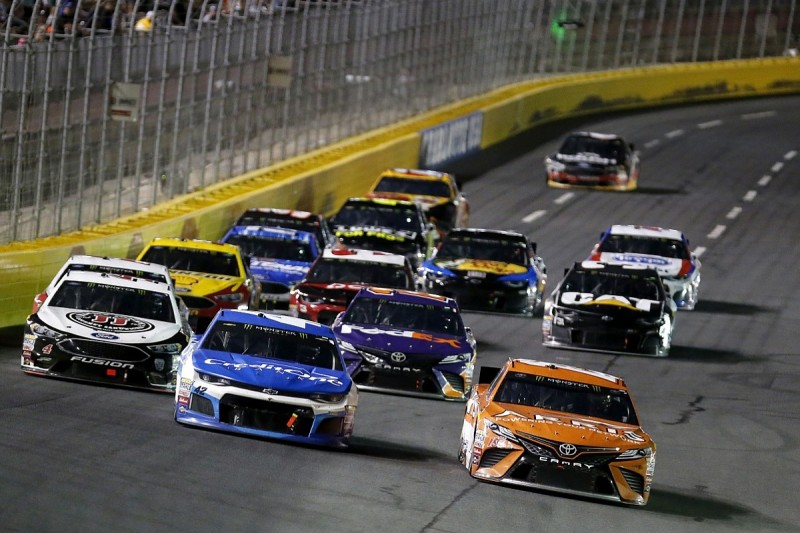 "We had just a great All-Star race and a lot of positive momentum. Let's just make sure that the next time it's on the track it's as good, if not better than it was at the All-Star race.

"Everybody agreed to go to the All-Star Race and do something different and see how it goes and everybody liked the outcome.

"But that was play money compared to the money it would take to do it 'real-life' because I don't consider the All-Star race real life.

"Real life is a points-paying race where everybody would show up and go to the windtunnel, spend time working on their cars, making sure they are making downforce, the engine guys will try to make more horsepower."

Marcus Smith, president and chief operating officer of Charlotte owner Speedway Motorsports, was disappointed the All-Star package would not appear again in 2018.

"I don't understand all of the reasons why we couldn't run it two or three or four more times but I know a lot was put into it," Smith told Autosport.

"We saw something that is fantastic and that's the kind of thing we need more of. I think we're moving in that direction for next year."