NASCAR road course races have often been bruising and chaotic affairs, but the only caution period at Sonoma outside the scheduled stage breaks was to retrieve AJ Allmendinger's Chevrolet after a gearshift error damaged its engine.

That was in contrast to four cautions for incidents in the 2016 and '17 Sonoma Cup races.

Winner Truex believes the fact road courses are now a standard presence in NASCAR feeder series calendars has made a difference.

"I think the entire field is definitely better as a whole group," he said when asked why he thought the race had been cleaner.

"You come back to this track year after year. You have the Xfinity guys run more road courses today than they have. Even the trucks run road courses now. They go to Canada.

"I think just in general stock car racing you come up with more road course experience today than you did.

"Since then, all those series in the ladder system with all the road courses and these kids getting all this road course experience plays a big part.

"The fact that most of the field has experience at it doesn't mean they're going to be really good at it, but at least they're going to stay on the track all day and not really make big mistakes and make big crashes and things like that." 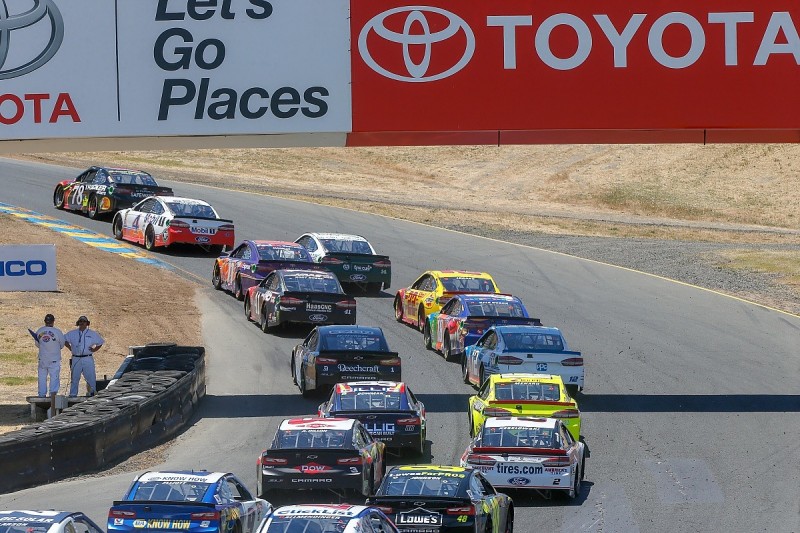 "We build two-plus road course cars for two tracks, it definitely makes sense budget-wise for the teams to be able to run more of them," he said.

"Aside from that, I just enjoy them. It's fun for us as drivers to do something different than the typical ovals, and I think the fans really enjoy them as well.

"Our cars aren't really built for this kind of racetrack, and it's quite the challenge, but that's what makes it fun."

Though Truex believes road course standards have risen in NASCAR, he also admitted a late caution period at Sonoma would probably have triggered more incidents as restarts at the track "are insane".

He added: "They're very crazy. We've seen that in the past where if we get a late caution you may have two or three or four in a row."

Runner-up Kevin Harvick agreed that the restarts are "usually where the most damage comes, and we didn't have many of those".