Hamlin has spent the entirety of his NASCAR Cup Series career with JGR, dating back to when he made his debut in 2005 and his relationship with FedEx going even further back.

"The relationship between FedEx and our organisation has been a tremendous success story in so many ways and we're excited that FedEx will continue to support Denny and our No. 11 team," said team owner Joe Gibbs.

"Denny continues to perform at the top of our sport and our goal is to continue to position him and FedEx to win a championship."

The 40-year-old took seven wins - taking his total wins across all three national divisions to 63 victories - last season and placed fourth in the final standings.

"I'm so fortunate to have the support of FedEx behind me throughout my career," said Hamlin.

"I take a tremendous amount of pride in having the opportunity to represent them not only on the racetrack, but also in the community through the countless programs they have supported for the better part of these past two decades." 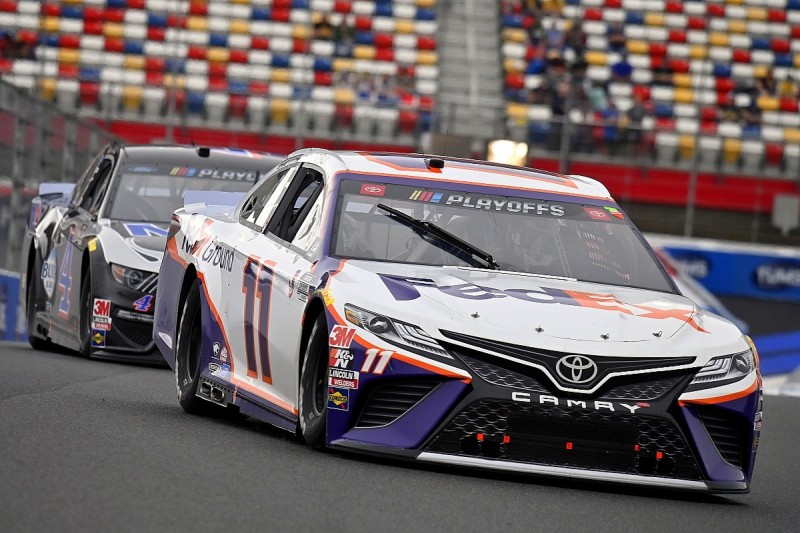 Hamlin is also the co-owner of the all new 23XI Racing team alongside NBA legend Michael Jordan.

Last year Hamlin announced that he would also take on a new venture, becoming the co-owner of 23XI Racing alongside NBA legend Michael Jordan.

Hamlin said he would be "hands on" in the new role and that the team would has signed a technical partnership with JGR.

The team has already signed Bubba Wallace - a leading voice on racial injustice in the US after the killing by Minneapolis police of unarmed African-American citizen George Floyd last May sparked widespread protests - to drive its #23 Toyota and will operate out of the former Germain Racing workshop in Mooresville.

While Hamlin will continue to drive for JGR he will follow the example set by Dale Earnhardt Sr - who raced for Richard Childress Racing while operating Dale Earnhardt Inc during his career.