Earnhardt had previously said retirement felt "weird" and was not a "comfortable feeling", having called time on his career after a difficult final season followed a 2016 campaign blighted by a concussion.

He then moved into a commentary role with series TV partner NBC Sports for 2018, but he will compete in the Xfinity series later this month at Richmond alongside his punditry commitments.

The former Hendrick Motorsports driver made clear when he announced his retirement that he did have racing commitments for his JR Motorsports team that would continue into 2018.

When Earnhardt was asked if he was apprehensive about his NASCAR return, he said: "I'm prepared and have my bag ready to go, my helmet, my suit, everything in it.

"I'll be a busy, man, jostling between my responsibilities with NBC and covering practices and qualifications and so forth for the Cup event and then doing the practices and driving the car on the Xfinity side."

Earnhardt added that he would not to make a habit of racing returns.

"It'll be a busy weekend for me. Not something I'd want to be doing often, but there's a little itch to scratch, and I'm looking forward to having this opportunity to race a little bit, to have some fun."

Earnhardt had a seat fitting earlier this week, along with the routine preparation of having his headrest mounted.

"The car looks great. The car is almost ready to go," he said. "Doing those type of activities to prepare for the race gets you really excited about it and gets you looking forward to it."

Richmond will be Earnhardt's 140th Xfinity race, having won 24 of them in his career. His last Xfinity victory came at Richmond back in 2016. 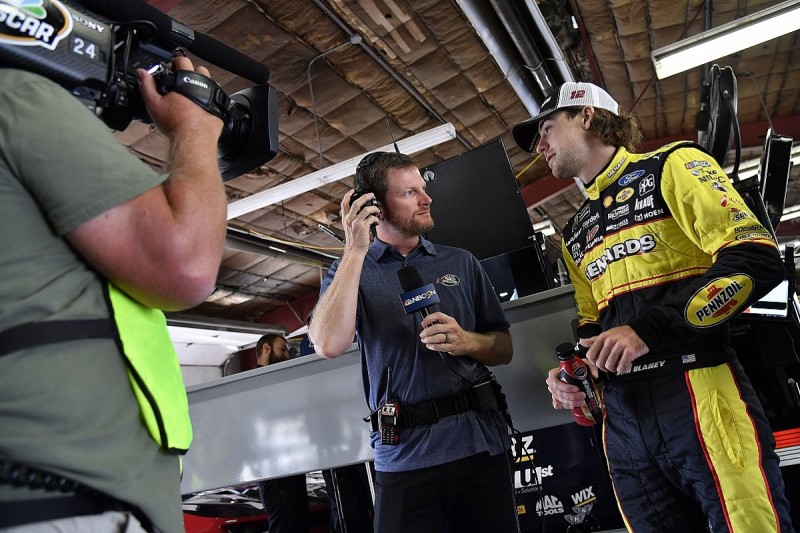 "I don't know that I call it retirement anymore," he said. I work so much more now than I did as a driver.

"We have so many things going on, stuff that I would sort of put on the shelf when I was driving.

"When I was a driver people assumed I had no time for anything else, or I was focussed on nothing but the driving and everything else had to wait.

"Now, I haven't learned how to say no yet. Just saying yes to everything that sounds good. We have about a half-dozen projects that are going on right now that are needing something weekly.

"So it has been crazy busy, but at the same time rewarding.

"This [commentary] is a great opportunity for me to feel like I still play a small role in the sport, and be around the sport.

"It's turned out to be more fun that I thought it could be."