Ryan Newman will leave Richard Childress Racing, the team with which he almost won the championship four years ago, at the end of the 2018 NASCAR Cup Series season

Newman finished second to eventual champion Kevin Harvick at the series finale in 2014 in his debut season with RCR, having made the final shootout after a controversial move on Kyle Larson in the previous race at Phoenix that bumped Jeff Gordon out of title contention.

He has won just a single race in his time at RCR, proving victorious at Phoenix in 2017 after a strategic gamble following a late caution.

The 40-year-old announced his departure at Las Vegas ahead of this weekend's race, in which he plays no part in the playoffs.

"I want to take a moment to let everyone know that I will not return to Richard Childress Racing in 2019," he said.

"I have very much enjoyed driving the #31 car and I want to personally thank Richard Childress and everyone at RCR for the support over the past five seasons.

"We were able to put competitive cars on the race track, qualify for the playoffs on multiple occasions and make a strong run at a championship, and I'm very proud of what we were able to accomplish.

"I have nothing but respect for the organisation and everyone involved, and I am thankful for having had the opportunity to drive for RCR."

Newman joins a silly season that has so far been highlighted by Martin Truex Jr's Furniture Row Racing squad's impending closure, with the 2017 champion set to move to Joe Gibbs Racing for '19. 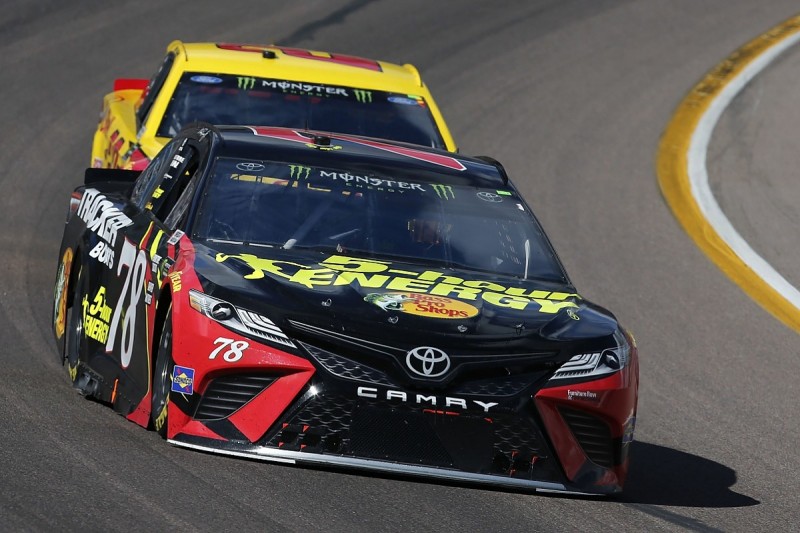 Kurt Busch's Stewart-Haas Racing's contract expires at the end of this year and he has been tipped to move to Chip Ganassi Racing, with current incumbent Jamie McMurray's future uncertain.

Go Fas Racing's Matt DiBenedetto is also likely to announce his 2019 plans in the near future, while Kasey Kahne will retire and leave Leavine Family Racing at the end of the current campaign.

Trevor Bayne has been dropped from Roush Fenway Racing having spent most of the year in a ride-share with Matt Kenseth, with the one-time champion yet to decide his future and Newman linked to the drive.

Front Row Motorsports could run another driver next year having purchased the only charter of the now-bankrupt BK Racing, although it could also set it to a rival team.