Chevrolet has won just one race this year, coming at the restrictor-plate lottery of the Daytona 500 through Richard Childress Racing's Austin Dillon.

The arrival of the 2018 Camaro has coincided with a downturn in form for Hendrick after it refreshed its driver line-up and reorganised the team.

Hendrick has since been unable to win a race, and seven-time Cup champion Jimmie Johnson is on a winless streak of 42 races.

Elliott's best finish was second at Richmond, but endured a lull of three races outside the top 10 before his New Hampshire result of fifth, leading 23 laps and winning a stage in the process.

"I was shocked, to be honest with you, that we ran even that good," Elliott said. "Our whole group did a great job overnight. I really have no idea where that came from.

"I hope it wasn't dumb luck. Hopefully, we can keep it rolling because it's really nice to be able to go up there and lead some laps.

"I know it wasn't the right part of the race [winning a stage rather than the race], but still, leading laps for us is big compared to what we've been doing. I'm proud of the effort.

"I appreciate everybody's effort back at Hendrick and the chassis shop and engine shop and Chevrolet and all the folks that are working hard to try to get better.

"We took a step in the right direction." 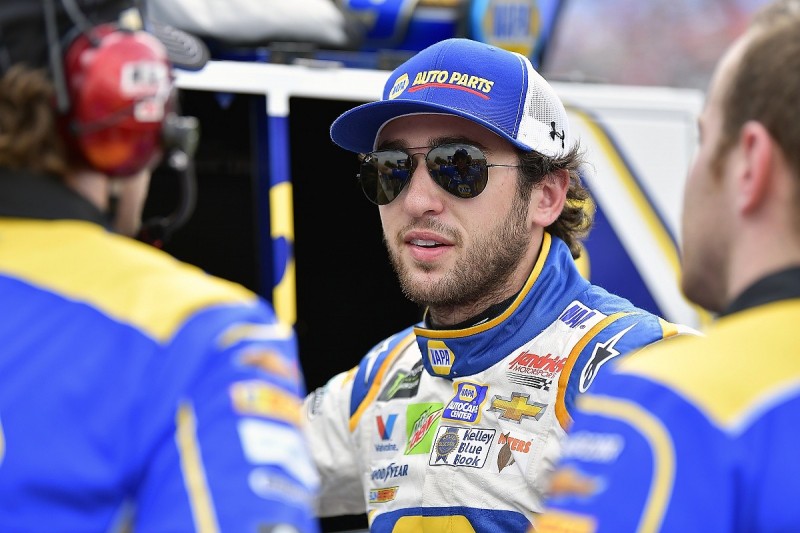 All four Hendrick drivers finished 14th or higher at New Hampshire, with Jimmie Johnson joining Elliott in the top 10.

Elliott has not won a race, meaning he is yet to seal a virtually guaranteed place in the playoffs.

He is 13th in the driver standings, meaning he is on the bubble of making the top 16 for the playoffs cut-off.

"It was a huge points day for us," Elliott added. "Obviously, we'd love that win to not have to worry about it.

"Anything can happen in these next few weeks and to have all [the points] you can get is really important."