With only this weekend's Richmond race to go before the 12 title contenders are locked in, Keselowski is five places outside the automatic Chase spots in 15th, and has yet to win a race in 2013 so is not currently in line for a wildcard place.

He was running at the front in Sunday night's Atlanta event when his engine began to fail, the latest in a series of misfortunes to strike his championship defence.

"We ran up front and we continue to show that we at least have the pieces of what it takes every week to be a title threat and to be in the Chase, but we just haven't put together all those pieces every week, and that's what it takes," said Keselowski.

"That doesn't mean we don't have what it takes, we just don't have the consistency in putting all those pieces together this year.

"At this point you're just looking above going, 'This must be some kind of test to prove how strong we are and what our character is,' because I believe in the people I'm around.

"I think they're doing the right things, but it's just not working. 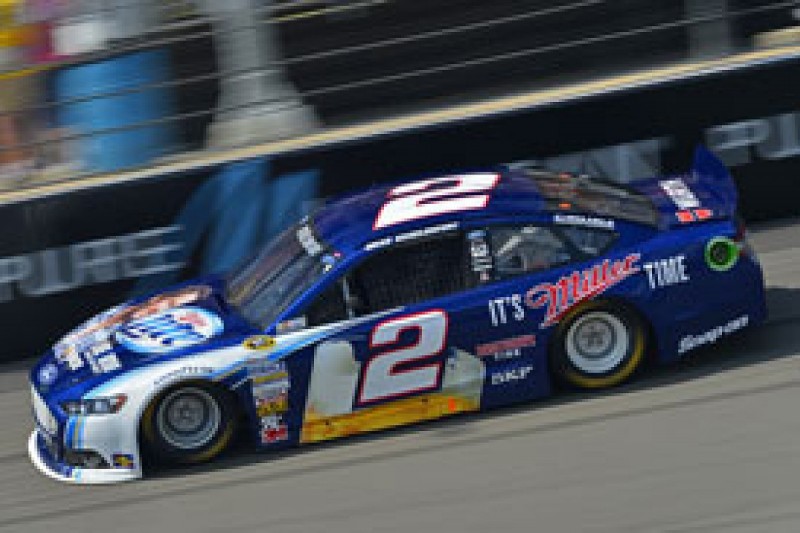 "I'm resigned to this being a test - I love challenges, and this is going to be one hell of a challenge."

Keselowski admitted his Chase hopes now depend on problems for others at Richmond.

"We don't dictate our own fate, which is never good," he said.

"Obviously, we have the speed and performance to get there, but we haven't put together the execution or the luck.

"There's only so much you can control."

Tony Stewart optimistic of recovering in time for 2014 Daytona 500