The Penske driver, who races Ford machinery, caused a stir when he tweeted "Haven't seen NASCAR let a manufacturer get this far ahead since the '70s" after four Toyotas led the way in first practice at Chicagoland this weekend.

Asked if there was anything particular that provoked his comments, Keselowski said: "No, other than NASCAR's complete ineptitude to level the playing field which is the precedent that has been set the last few years.

"There are natural cycles where cars, teams, manufacturers go up and down.

"At the start of the year we were at the top of the cycle. And at this moment we are not where we need to be.

"With respect to that, we were at the top and it seemed like there were a lot of rules changes us to slow us down, and now you have cars that are so much faster than the field and the complete ineptitude by anybody.

"That is frustrating, because parity is either good or it is bad. I don't care either way.

Kyle Busch, one of the Toyota drivers to hit back at Keselowski on Twitter, said after taking pole for this weekend's Cup race that the Japanese manufacturer's form was a result of hard work.

"He seems to be the only one [complaining] - if you ask Brad, he can fix the world's problems," said Busch.

"No-one else is doing anything, they're putting their head down and going to work, and he thinks that somehow the big brother is going to come and help him.

"I don't know what the point is, we all just work hard and do our jobs, we've got to where we are and we're going to keep doing that."

Dale Earnhardt Jr said the on-track speeds don't back up suggestions that one manufacturer has a clear advantage, and he praised the efforts of the Joe Gibbs Toyota team to be so strong at the moment.

"I just look at the board watching the times - I see Fords and Toyotas up there in the top 10," said the Hendrick Chevrolet driver.

"Joe Gibbs and that whole organisation have done an incredible job of getting four teams to work very closely together.

"I've never seen it done any better, where one organisation literally has four cars that seem almost equal every week.

"I don't think there is anything [NASCAR] can do.

"We all sort of have the same rules to live by, so all the cars should be pretty close." 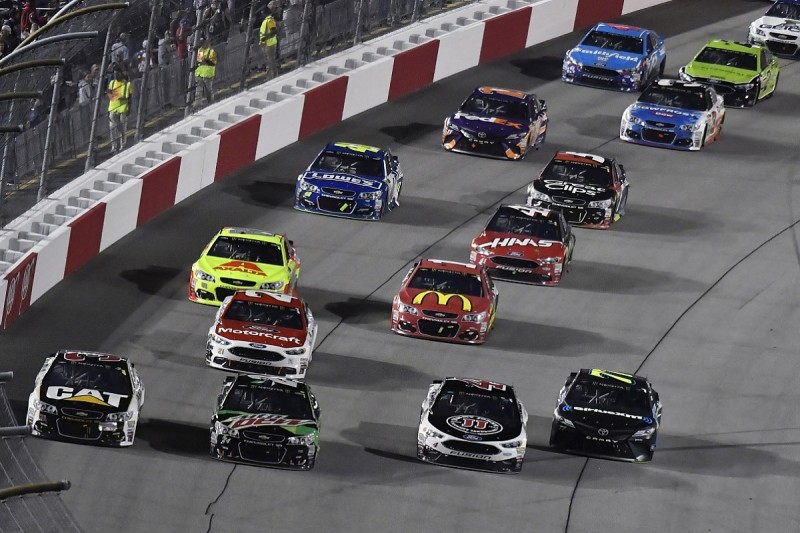