The Richard Petty Motorsports driver suffered a compression fracture of his T5 vertebra when he was caught up in an accident between Danica Patrick and Joey Logano in the Kansas Cup series race last Saturday.

While the 33-year-old's injuries do not require surgery, or even wearing a back brace, he described the pain as "pretty bad" even a week later.

"I knew right away that I had a severe amount of back pain, an unbelievable amount.

"I got this intense burning sensation in my back coupled with pain, so I thought I was on fire.

"When I went to throw my steering wheel up on the dash and I extended my hands out in front of me the pain intensified even more and I knew I had a problem.

"It kind of took my breath away and I looked around while I caught my breath and realised that I wasn't on fire, so I just sat there and waited because I knew I had a lot of back pain and I needed to get help getting out of the racecar.

"It slowly got better and then for whatever reason the last couple days it's creeped back up.

"I've been trying to get off the pain meds and as I do that the pain does intensify." 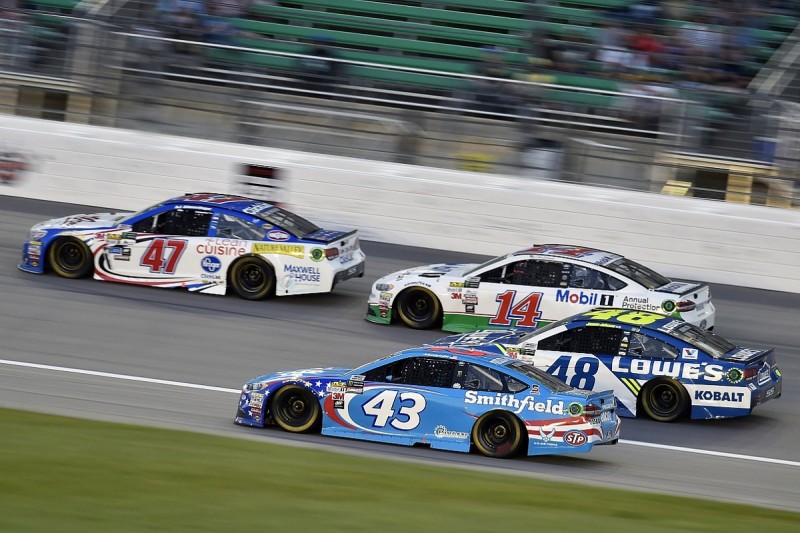 Almirola said he is not interested in trying to rush his return "just to add two more starts to my start column" when the potential risks are so high.

"If I were to get in another similar accident and not be properly healed, you're talking about potentially being paralysed from the belly button down, so I'm not going to risk that," he said.

"I've got a lot of baseball to play with my son and I'd like to dance with my daughter one day at her wedding.

"Whenever the doctors clear me, I'll be ready to get back in a racecar."

He also hit out at photographers that took up-close pictures of him being removed from his car, saying he was "pissed off" about what he considered "extremely unprofessional" behaviour.

"They didn't know if I was paralysed or anything - they were three feet away with their shutters running wide open the entire time," he added.

"I'm disappointed, to say the least. They had no idea what was wrong with me."