NASCAR is expected to make several changes to its Cup Series calendar for 2018, especially around the playoff section of the season, Autosport has learned

After many years of little change, it will feature a significant shake-up, headlined by the Indianapolis Motor Speedway moving from its long-time late-July date to become the final race of the 'regular season' before the playoffs in September.

Richmond International Raceway will move from the slot Indy is taking to within the playoffs, given the championship run-in a second short track alongside Martinsville.

Chicagoland Speedway loses its status as the playoff opener to Las Vegas Motor Speedway, with the Chicago track moving into the regular season instead.

The proposed changes to the Cup schedule would address several issues fans have complained about in recent years, including the perceived monotony of the 10-race playoff schedule since its inception in 2004. 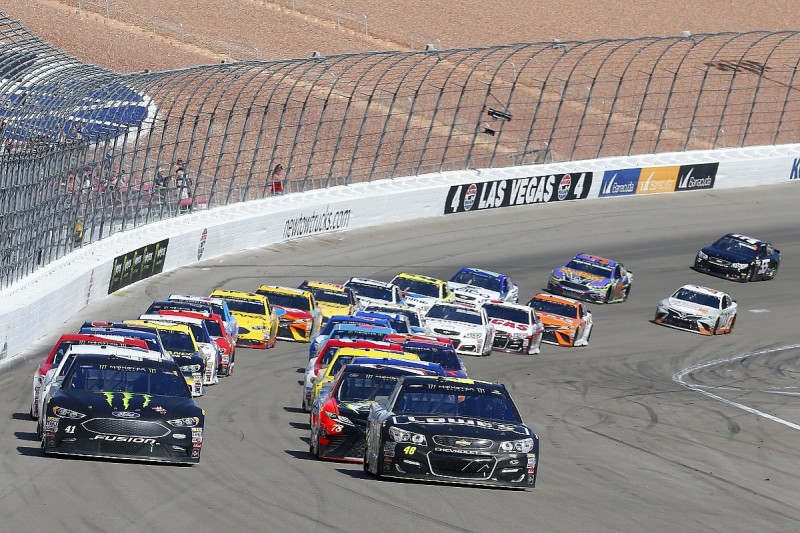 Las Vegas's new position as the first playoff race is helped by fresh $2.5million annual investment from the Las Vegas Convention and Visitors Authority to promote both its Cup rounds.

Indianapolis's move to later in the year will offer cooler weather as well as the slot as the 26th and final round of the main season increasing the track's significance to the NASCAR title race.

A further idea still under consideration is for Charlotte Motor Speedway's playoff race to use the infield road course rather than the oval.

Neither of the current Cup road course events - at Sonoma and Watkins Glen - have ever been part of the championship run-off.

"NASCAR and our industry partners are working very closely to finalise a 2018 schedule that will deliver great racing to our fans," said NASCAR in a statement to Autosport.

"We look forward to sharing it soon."