Jimmie Johnson, competing in his final full-time year in the NASCAR Cup Series, will run a livery paying homage to both Richard Petty and Dale Earnhardt at the Throwback weekend.

The hood and top-end of the car will feature the iconic Petty blue, while the sides, rear bumper and nose area will pay tribute to the black No. 3 driven by Earnhardt.

Richard Petty sits above them all with 200 wins, the most of any driver in Cup Series history.

Johnson hopes to end the longest winless streak of his career as his time in the No. 48 draws to a close, having gone over 100 races without a race win.

His most recent victory came at the concrete mile at Dover in June 2017.

Johnson tweeted earlier Wednesday: "I'm proud to honour these two legends and what they've meant to me and the sport with this 7x scheme at Darlington."

The 44-year-old veteran will also have a special '777' badge representing the three seven-time champions of NASCAR. 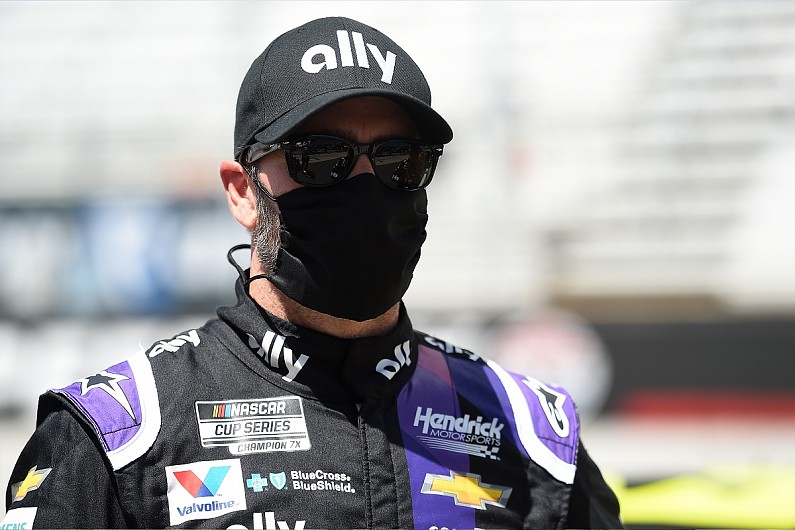 "This is next level what you are doing this year," said Dale Earnhardt Jr. of the scheme.

"I don't know why it's not been done before, but I think it may make people really reconsider how they approach the throwback weekend.

"I may be overstating it because Dad is involved but it's not been done quite like this.

"You are going to honour both Richard Petty and my father with your paint scheme."

Johnson is currently 17th in the championship standings with just six races remaining in the regular season before the playoffs.

After a strong top-five showing at the Daytona Road Course, he finds himself 25 points behind Hendrick Motorsports team-mate William Byron in the final transfer spot.

Along with a string of misfortune that has plagued his farewell tour, Johnson also missed the Brickyard 400 due to a positive COVID-19 diagnosis.