Two-time Le Mans 24 race winner Earl Bamber will make his NASCAR debut in the Xfinity Series on the Daytona road course on 15 August.

The Porsche factory driver, who took outright victory at Le Mans in 2015 and 2017, has signed to race for Richard Childress Racing in the team's #21 Toyota Camry, which Myatt Snider qualified on pole for the first two races of the year at Daytona and Las Vegas.

The car has scored eight top 10 finishes so far this season, with Anthony Alfredo (five) adding to Snider's three.

Bamber has made six appearances at the Daytona 24 Hours since 2014 and finished on the GTLM class podium three times, including as the runner-up in this year's event.

The New Zealander will race on nearly the same course as in the 24 hours, but with an additional chicane added exiting oval Turn 4 to help slow the cars down before they enter Turn 1 on the road course.

The 52-lap race at Daytona was added to the calendar last month to replace the Watkins Glen weekend, cancelled due to travel restrictions on COVID-19 hotspots - including North Carolina, where most NASCAR teams are based - imposed by New York State. 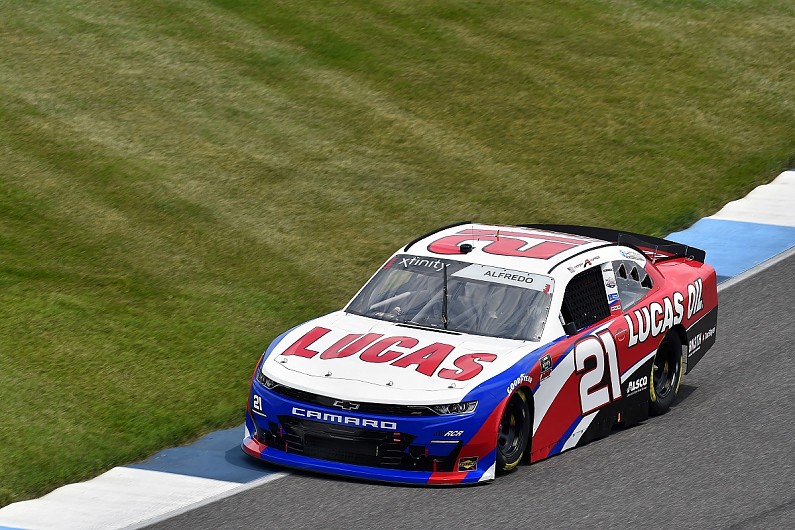 RCR has partnered with KCMG for the event, as well as several other races later this year.

"I've dreamed about competing in NASCAR my entire life, so I am so thankful to Richard Childress, KCMG and everyone who has played a role in creating this opportunity for me," said Bamber.

"I know that RCR has a storied history of cultivating talent and will give me all of the tools I need to succeed. I'm looking forward to the race."

Bamber won't be the only sportscar 'ringer' taking part in the event with five-times Daytona 24 Hour class winner Andy Lally also set to contest the Xfinity race in the #2 Our Motorsport Chevrolet usually driven by Brent Moffitt.

Jacques Villeneuve, the 1996 Formula 1 world champion, managed a best finish of third in his nine second-tier appearances between 2008 and 2012, while two-time DTM champion Mattias Ekstrom and ex-F1 racer Jan Magnussen were both in the Cup Series field at Sonoma in 2010.