© 2020 Autosport.  All rights reserved.
Previous / NASCAR: Odd without fans but teams came together
Next / Earnhardt Jr: Johnson can win again without mental slip

As just one of four journalists allowed inside Darlington Raceway for NASCAR's return after the coronavirus postponements, JIM UTTER provides insight into the new normal and, while the comeback has been a success, he predicts greater celebrations will be delivered at a later date

I've spent more than 20 years covering NASCAR races and witnessed many of the category's darkest moments, but never with an instruction manual.

I've covered several races during which drivers have died.

I've covered races in which fans have been injured by debris from cars slamming into the catchfence and covered a race when fans were killed after being struck by lightning.

I've covered a race when a pedestrian bridge collapsed as crowds were exiting the track and I've been at the track when a helicopter crashed outside the entrance to the infield tunnel.

I was working at Bristol Motor Speedway last year when Dale Earnhardt Jr's plane crashed upon landing with his entire family onboard and I rushed off with two colleagues to the nearby airport, not knowing what we would encounter.

But never have I covered a race that came with a 30-plus page instruction manual, which also included signing two waivers and undergoing a medical screening before even being allowed into the track.

But that is what I faced ahead of NASCAR's return to action amid the coronavirus pandemic which had frozen the action since 8 March, with all major motorsport in the United States and worldwide postponed until further notice. 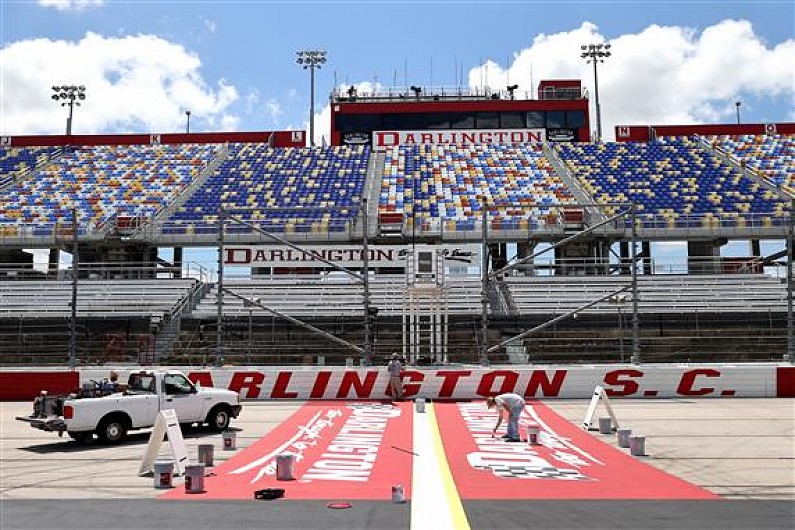 There was no question Sunday's race at Darlington Raceway was going to be different. But it was one thing to read about the procedures needed to hold such an event in the middle of a pandemic and quite another to experience it in person.

I felt an important responsibility as one of four journalists allowed to cover Sunday's race from the press box.

As a group, we wouldn't necessarily be able to obtain more information than those covering remotely, but there was an added duty to report not only on the race, but on the extraordinary undertaking needed to pull it off.

Coming into the weekend, I felt an anxious anticipation - excited to be able to return to my job but also full of questions about my personal safety and those around me.

The closest experience that could relate for me was when myself and my late colleague at The Charlotte Observer, David Poole, jumped in a car and began driving to New Hampshire in the days after the 9/11 terrorist attacks.

We got about three hours into the journey when NASCAR finally called off that weekend's race and rescheduled it for the end of the 2001 season. I remember a feeling of relief coming over me as we turned around and headed back to Charlotte. 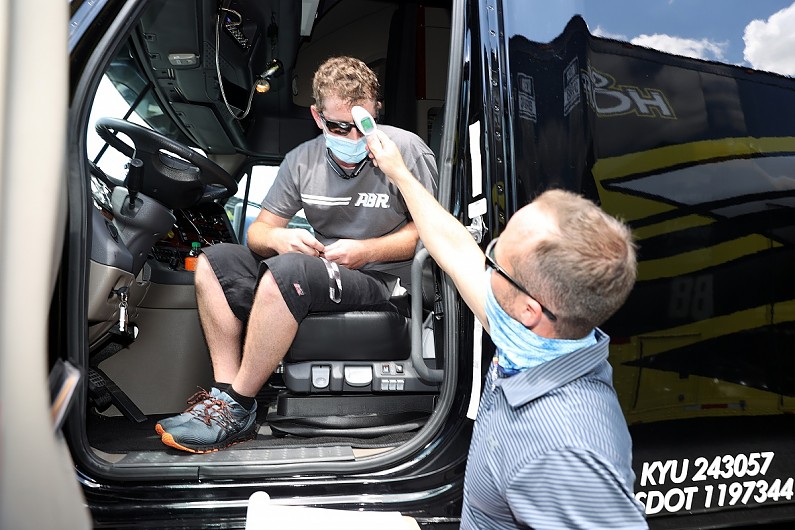 While I was prepared to do my job, the uncertainty that existed right after the attacks produced a lot of apprehension.

It was a similar feeling arriving at Darlington on Sunday. We entered an unfamiliar entrance, had to wear a mask, had our vehicles searched by law enforcement officers and were then directed to a screening area where we had our temperatures taken and received credentials that allowed us to enter the track.

As it turned out, the process couldn't have gone more smoothly. I went to the press box where I joined my three colleagues and the four of us set up, leaving an abundance of space between us.

For the next two hours, I wondered if something would go wrong. Would someone show up with a temperature and be turned away? Would one or more participants fail to follow the protocols and be escorted out?

None of that happened. The biggest issue prior to the start of the race was Kyle Busch's Toyota failed pre-race inspection twice, which forced him to start the race from the rear of the field.

Suddenly, it seemed like a much more normal race weekend. Everything else proceeded like a regular race - a prayer, the national anthem, the call for drivers to start their engines.

When the green flag dropped and the cars roared into Turn 1 for the first time since 8 March, NASCAR had finally found a way to return. 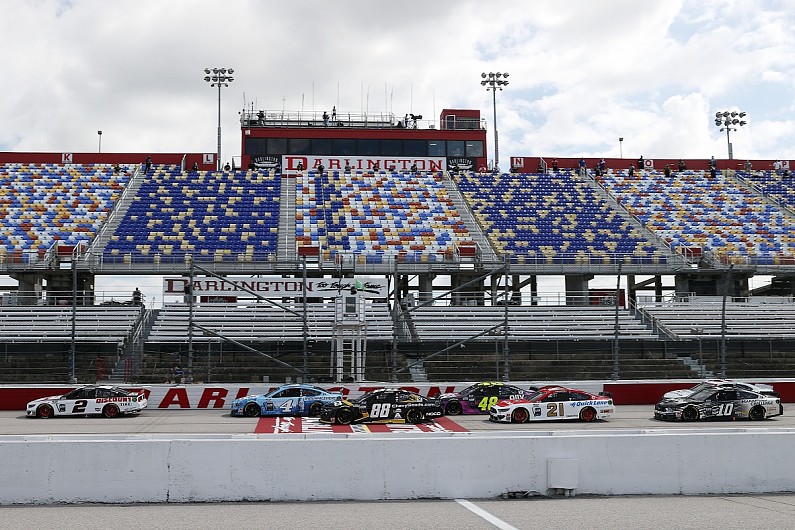 But as the cars continued to make their way around the track, the noise seemed almost to fall off as the silence of the grandstands began to envelope them.

Yes, NASCAR was back, but the energy that sparks race weekends to life - the fans - was still absent.

That's not going to change for a while. And while fans may not like it, they should take comfort knowing their dedication is what has fuelled NASCAR's Herculean efforts to get racing at least back on television. An official review by NASCAR will be carried out on Monday but the initial feelings are very positive.

Sunday's race appeared to go off without any serious problems. That was a victory in and of itself

"It was odd with the limited number of people here," said Steve O'Donnell, NASCAR's executive vice president and chief racing development officer. "When you look up in the stands, you certainly missed the fans, that vibe, the energy. Even the music that was playing in the garage area doesn't do it justice.

"I think the participants were able to create their own positive vibe knowing this was a big day for the sport, knowing it was a day we could showcase the sport to a live television audience and hopefully give some people a little bit of joy to watch them race."

In the end, Sunday's race appeared to go off without any serious problems. That was a victory in and of itself.

The bigger party - one with grandstands howling with cheers and jeers - is still to come. 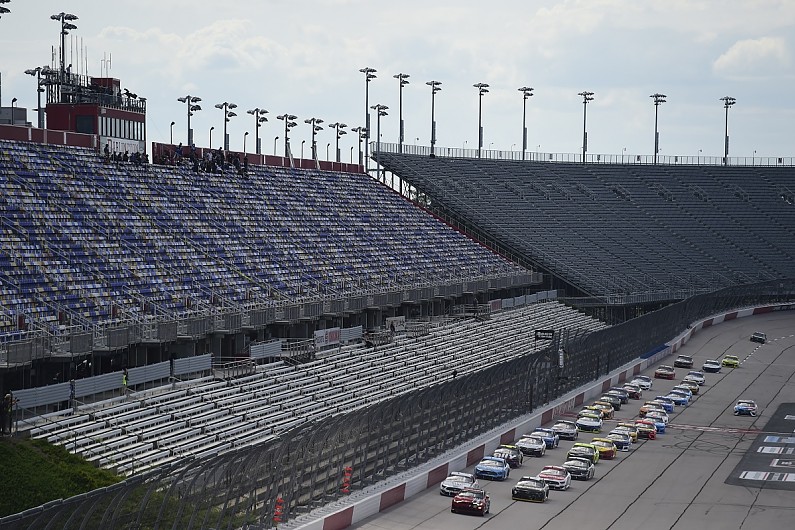