NASCAR has released more of its revised schedule for its coronavirus-delayed 2020 season, detailing events set to take place between 30 May and 21 June.

NASCAR will return to action this weekend at Darlington Raceway, a month after the fourth round of the campaign at Phoenix.

Numerous events have been postponed and three have been cancelled altogether as the sanctioning body scrambles to realign the schedule and ensure 36 events.

Darlington will host two Cup Series events and Charlotte Motor Speedway will do the same over the next two weeks.

What was to happen after that remained a mystery until Thursday, as NASCAR outlines its plans for racing until 21 June.

These races, like the ones coming up in the next week in North and South Carolina, will be held behind closed doors.

"As we prepare for our return to racing at Darlington Raceway on Sunday, the industry has been diligent in building the return-to-racing schedule," said Steve O'Donnell, NASCAR executive vice president and chief racing development officer.

"We are eager to expand our schedule while continuing to work closely with the local governments in each of the areas we will visit. 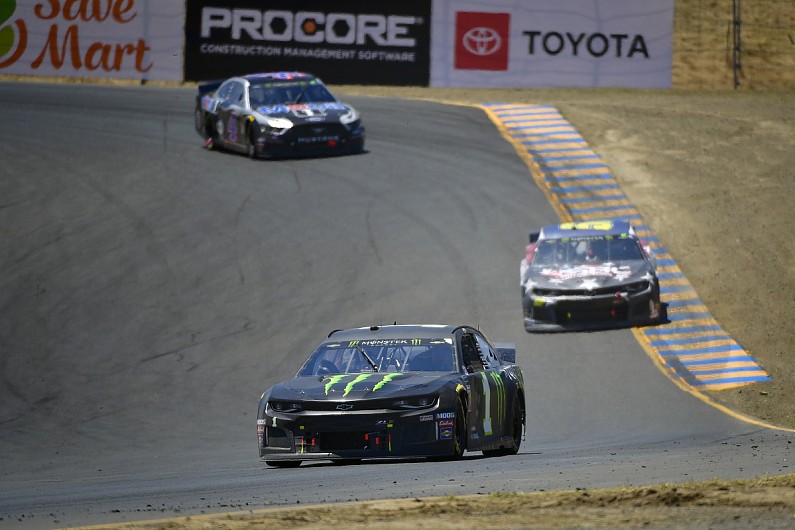 "We thank the many government officials for their guidance, as we share the same goal in our return - the safety for our competitors and the communities in which we race."

Lastly, all NASCAR national series races and the NASCAR Whelen Modified Tour event at Iowa Speedway are cancelled for the 2020 season.

The Modified Series have also cancelled their event at Martinsville Speedway scheduled for May 8 with no plans to reschedule.