NASCAR will carry out an official review on Monday but the immediate reaction to Sunday's first live race with no fans appeared a very positive one.

With all the safety protocols in place in order to restart NASCAR's season during the COVID-19 pandemic, there was a lot of anxious anticipation as to how the event would play out at Darlington Raceway.

The fact the actual racing on the track ended up receiving the most attention is probably the best outcome NASCAR could have envisioned.

Veteran Kevin Harvick dominated much of the race, picking up his first NASCAR Cup Series win of the season and 50th of his storied career.

Although he was the series points leader when the series was suspended in mid-March, the win now all-but locks Harvick him into this season's championship playoffs.

There were no issues for any of the nearly 900 personnel getting through medical screenings Sunday morning. In fact, the only pre-race issue ended up being Kyle Busch's Toyota failing pre-race inspection twice.

"From everyone we talked to in the garage area, the entry process went incredibly well," said Steve O'Donnell, NASCAR's executive vice president and chief racing development officer. "Everybody was here on time. 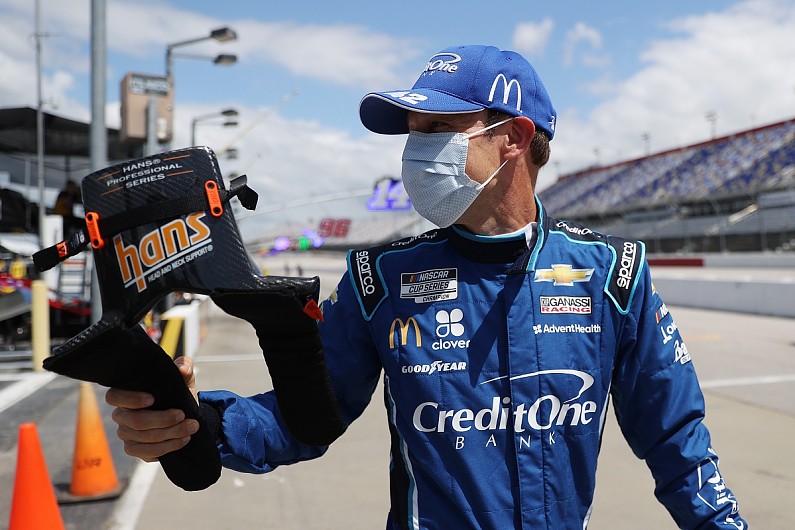 "Didn't have to tell anyone or remind anyone to wear a mask. I think the industry really came together and did a tremendous job to enable us to get to the race. I think it just felt a little odd with the garage area because it was so scaled down in terms of personnel."

The only issue regarding safety protocols at all Sunday arose about two-thirds through the race when NASCAR had to issue a warning to teams' spotters to improve their social distancing.

There were several spotters who could be seen sitting next to each other in the grandstands where they were working on the front straight.

But generally speaking, while there were no fans to bring a typical festive atmosphere to the event, there was plenty of enthusiasm from the competitors, team members and officials, all of whom had not worked at a track since the 8th March at Phoenix.

"As far as the vibe in the garage area, I think everybody's spirits were really, really high. They all knew the effort that this took collectively to pull this off," O'Donnell said. "This was not easy. But everybody came together in a real spirit of collaboration. 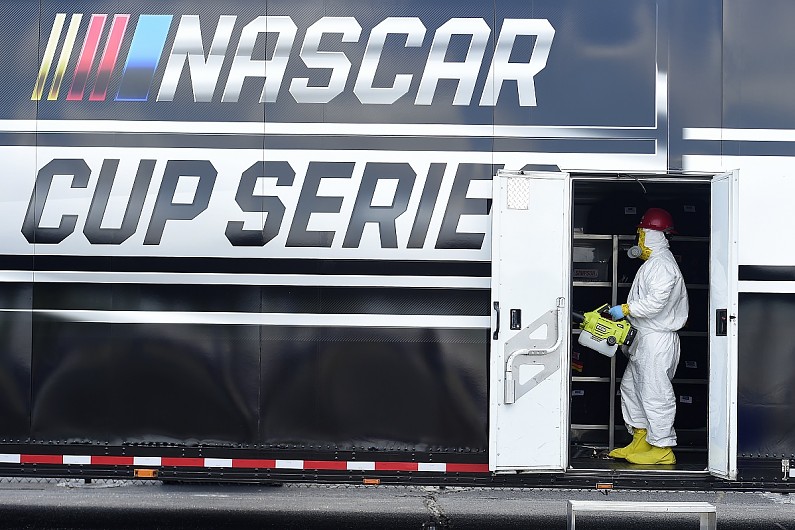 "It was odd with the limited number of people here. When you look up in the stands, you certainly missed the fans, that vibe, the energy. Even the music that was playing in the garage area doesn't do it justice.

"I think the participants were able to create their own positive vibe knowing this was a big day for the sport, knowing it was a day we could showcase the sport to a live television audience and hopefully give some people a little bit of joy to watch them race."