Jimmie Johnson says he is determined to silence his critics by improving his NASCAR Cup Series form regardless of whether he makes it into the 2019 championship playoffs.

Johnson is only 18th in the points with two races to go before the top 16 are locked into the series' title fight, and faces the prospect of not being in the championship hunt for the first time in his career.

He has not won a championship round since the June 2017 Dover race.

"I don't know if I used up my luck in 18 years, I've had 15 really good ones, and three that I'm not proud of, but the effort has been the same for all those years," Johnson said.

"I can't wait to shut up the keyboard warriors that are out there.

"The people that are close to me and the people on my race team know the truth. They know the story. They've been working hard on it and when you work hard, wins will come.

"So that's where I find my peace. I know all the effort I've put into this programme and what my guys have put into the programme."

Johnson believes his form has improved in the middle part of the season, but a series of incidents means his best finish in the last six rounds is 15th at Pocono.

"It's just getting through a race. We need to have a lot of things go right to win. I think we're closing the gap to the frontrunners.

"We're definitely doing it. I feel like we've had many top-fives slip away in the last six to eight weeks, which is unfortunate.

"So we've just got to clean that up and a lot of it falls on me just making mistakes and trying too hard on the track.

"I need a good clean lap to remind myself every lap, to race the track and not race the competitors and we'll see how it goes."

This weekend's Darlington round has so far gone well for Johnson and Hendrick.

He will start sixth for the Sunday night event, with team-mate William Byron on pole. 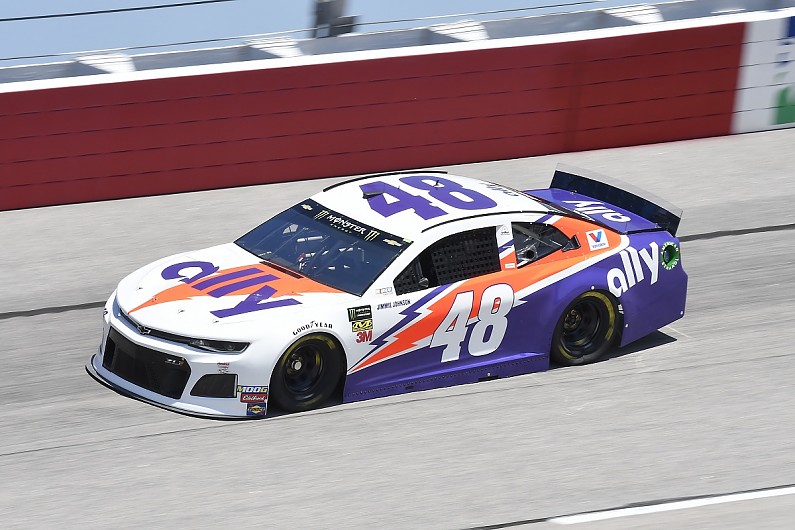