Despite "fighting" for his place, Matt DiBenedetto has failed to secure a Leavine Family Racing NASCAR Cup Series drive next year in what he described as "devastating news".

DiBenedetto has impressed this season for LFR, after its technical affiliation with Joe Gibbs Racing has allowed it to score improved results.

The 28-year-old had said "my ride is all I love so I hope I can stay with this team" amid speculation he would be replaced by JGR's Xfinity Series championship contender Christopher Bell earlier in the season.

In a statement, DiBenedetto said: "I got the devastating news that I will not be able to return to Leavine Family Racing next season.

"Nonetheless, I can't express how thankful I am for Bob, Sharon, Matt Diliberto and everyone at LFR and Toyota for allowing me to do exactly what I set out to do, which was showcase my talent.

"It has been exciting for us as a team to get top fives, top 10s and lead the most laps in the Daytona 500."

LFR has yet to confirm who will replace DiBenedetto in the No. 95 Toyota next season, but Bell appears the most likely. 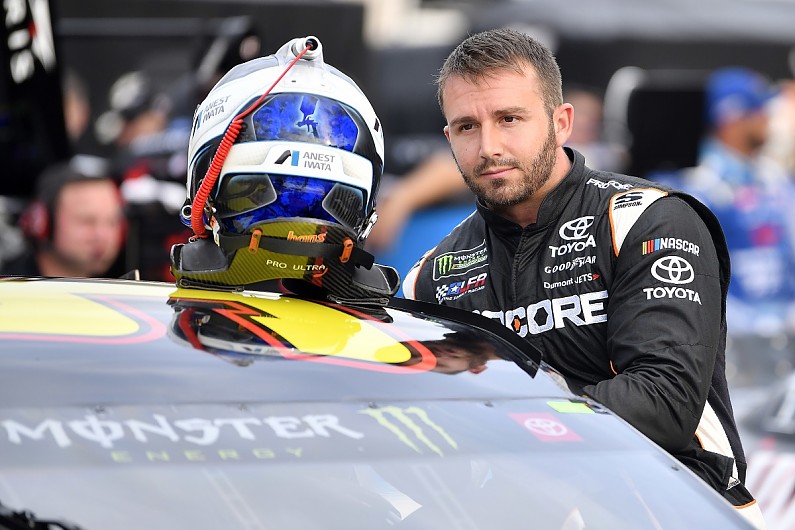 Following the 2018 season, DiBenedetto, 27, left Go Fas Racing after three top 10s in two years and decided to "bet on himself", hoping to align with a better Cup series program that would help jump-start his career.

He has scored four top 10s in the last eight races, after also impressing in the season opening Daytona 500 where he led a quarter of the race and was spun out of fourth place in the final 10 laps.

"I have every intention of driving my heart out the rest of the season to not only get more of these kinds of finishes, but to get (LFR) their first win," he added.

"Although this is a difficult time for me, nothing is going to stop me from winning in the NASCAR Cup Series.

"I'm hopeful there is a team out there that will give me the chance to continue my dream and allow me to win for them.

"Thank you so much to all my fans for supporting me through this journey."

Earlier this week, Joe Gibbs Racing confirmed DiBenedetto would drive its #18 Toyota next weekend in the Xfinity Series race at Road America.

In the two road courses DiBenedetto has raced at this year, he scored a fourth at Sonoma and sixth at Watkins Glen.