Earnhardt's jet caught fire and burned out within minutes during the incident at Elizabethon Municipal Airport in Tennessee.

According to Carter County Sheriff Dexter Lunceford, the Cessna Citation 680 owned by Earnhardt's JRM Air ran off the end of the 5000-foot airport runway, travelled about 200 feet across a grass field then ploughed into a fence that surrounds the airport property.

The torn fencing wrapped itself around the plane's fuselage as it came to a stop just alongside Tennessee Highway 91.

Jet fuel poured across the highway, down the nearby culvert and across the street into an adjoining stream.

The two pilots, Earnhardt, his wife Amy, daughter Isla and their dog all quickly escaped the plane.

Sheriff Lunceford said the "pilot did an excellent job keeping the plane off the roadway." 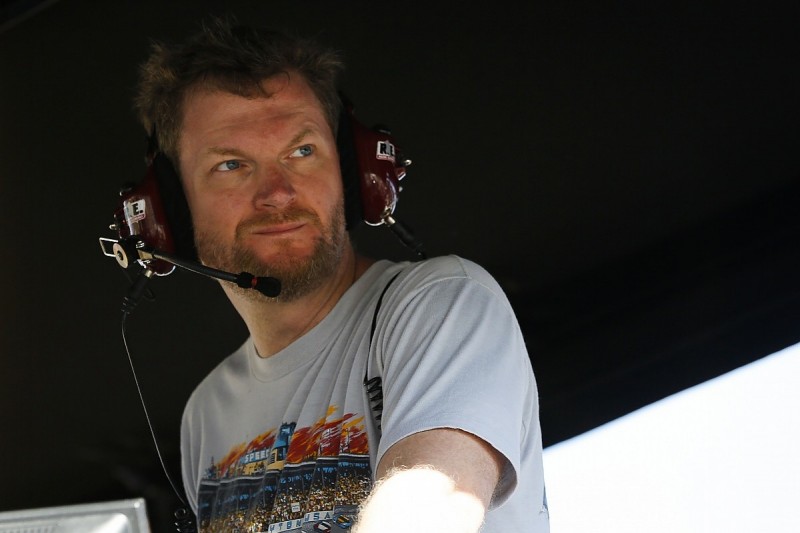 Earnhardt, who retired at the end of 2017, is now a pundit for NASCAR broadcaster NBC Sports and was due to be at this weekend's Bristol Motor Speedway Cup round in that role.

"After he was discharged from the hospital, we communicated with Dale and his team, and we're all in agreement that he should take this weekend off to be with his family.

"We look forward to having him back in the booth next month at Darlington."