Even with back-to-back titles in Formula BMW and Formula Renault 2.0 under his belt, Robin Frijns knew going into this season that a hat-trick was unlikely.

This was the strongest field to grace a Formula Renault 3.5 season, with graduates from all of Europe's best championships enticed by an updated (and faster) car. A lack of clashes with the Formula 1 calendar meant there were junior drivers from McLaren, Mercedes, Ferrari, Red Bull, Caterham and Lotus all represented in this year's field.

But it was a man without a Formula 1 contract to his name who triumphed, and deservingly so. The increased performance of this year's FR3.5 car was supposed to make the already difficult step from the 2-litre category even tougher. Yet Frijns came out on top, and was chased home in the points race by drivers who last competed in FR2.0 in 2007, 2006 and 2009 respectively.

HOW IT WAS WON

There was a lot more to this season than the Barcelona clash between Frijns and Jules Bianchi that it will be remembered for.

Frijns and Fortec Motorsports proved that their testing form had been no fluke by taking a win on the opening weekend of the season, and after that he was never lower than second in the standings.

In 17 races he only missed out on the points three times, and one of those was as a result of the penalty he received for his crash with Bianchi in the finale.

Bianchi can understandably feel aggrieved at the way the title-decider played out, but a lot of points had gone begging before that.

It wasn't always his fault - he was disqualified from second place in the season opener when Tech 1 was found to be using illegal washers in its differential, while his car failed to fire up the following day and again at Spa.

But he was also the master of his own downfall - he went off on his outlap after switching to slicks at the Nurburgring, clashed with Marco Sorensen at the start of the second Moscow race when refusing to give up the lead, spun out of the lead at Paul Ricard and spun in the penultimate race of the year when making an ill-judged lunge on Kevin Magnussen. No wonder he says "you cannot go into the past and think about these things."

As the year went on the season boiled down to a three-way fight, with Sam Bird having what he considered his best-ever season trying to keep ISR in the hunt. He came up short, but the team was satisfied that the Briton had got the most out of what it had given him.

Nick Yelloly was a shock winner on 'opening day' at Aragon, but as Comtec dropped away from the pace he had to rely on his wet-weather prowess to keep racking up the points. Danes Magnussen and Sorensen were capable of their own rookie heroics on their day too.

It's hard to look past the remarkable turnaround in form of Arden Caterham, which came into the season way off the pace after a troubled pre-season hindered by reliability issues. By the end of the year it clearly had the fastest car, with da Costa's remarkable form backed up by he and Alexander Rossi taking fastest laps in the final five races.

Bird's and Bianchi's Monaco duel was a masterclass in street racing. After 33 laps of near-perfection around the tight confines of Monte Carlo, the GP2 converts were 36 seconds clear of the rest of the field.

Red Bull hit the jackpot with da Costa, but that doesn't excuse its disgraceful treatment of Lewis Williamson after just five races.

On reflection it looks like an inspired move, but the Portuguese hotshot would have done little more than the Scot in those early races where Arden Caterham was so far off the pace.

The start of the season-opener was pretty disastrous too as teams were still getting their heads around the new car, and several machines were stranded on the line.

Renault put this down to teams not adapting their clutches to the rubbered-in track, but promised that the reliability issues would clear up. The majority of them did, but some teams were hit by too many niggling problems throughout the campaign.

Series organisers know that they will be hard-pushed to match the quality of this year's field again, but there are encouraging levels of interest in seats on the 2013 grid at the moment.

This year's top rookies (aside from Frijns) are set to return, and plenty of drivers from Formula Renault 2.0, Formula 3 and GP3 have already been blown away by the car in post-season testing. 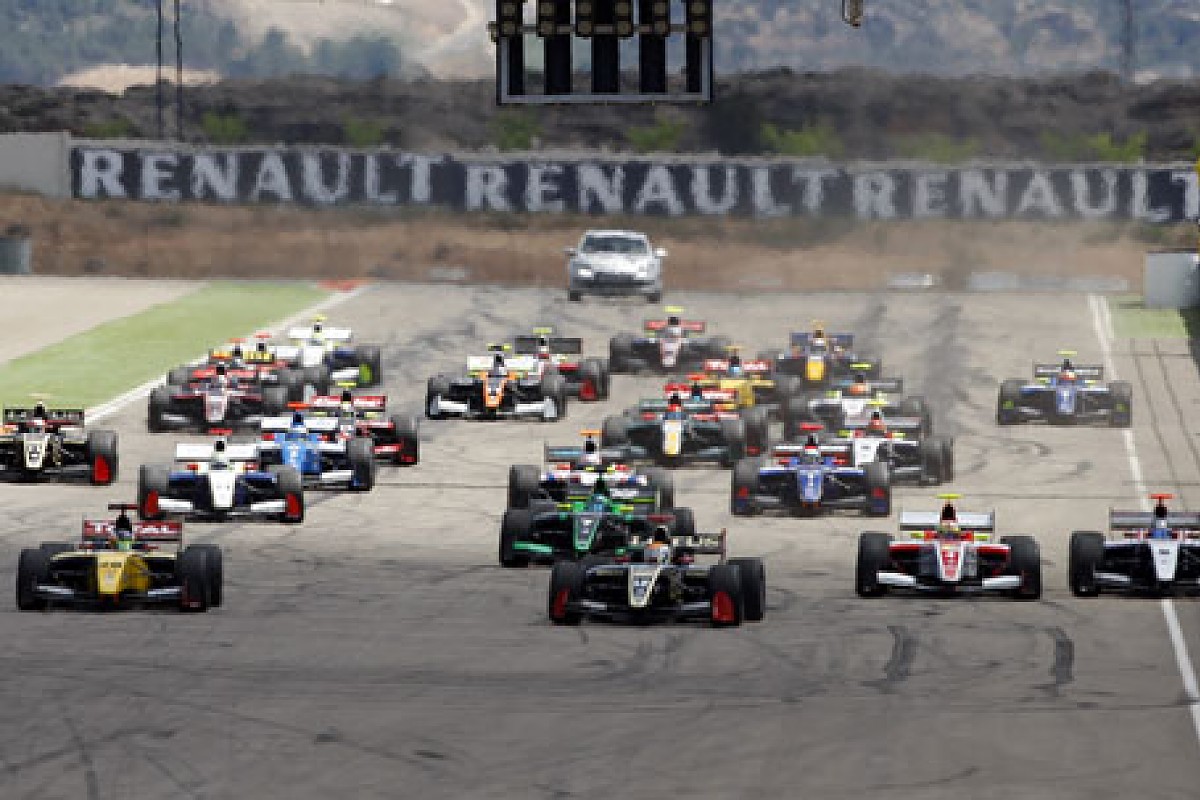