Johann Zarco says Marc Marquez winning the German Grand Prix was positive for his own MotoGP title hopes after he faded to eighth in last Sunday’s race.

Zarco was a factor in the early podium fight on his Pramac Ducati having qualified on pole, but faded as he battled a drop in rear grip in the second half of the 30-lap race and took the chequered flag down in eighth.

With championship leader Fabio Quartararo third, and factory Ducati duo Francesco Bagnaia in fifth and Jack Miller in sixth finishing ahead of Zarco, the Frenchman was not dealt a huge blow in the standings courtesy of Marquez’s victory.

As a result, Zarco is only 22 points adrift of Quartararo heading to this weekend’s Dutch TT, with 32 covering Quartararo, Zarco, Miller and Bagnaia.

“There is always this championship thought that Marc winning - luckily he could not have the performance at the beginning of the season and he missed races – that this victory doesn’t take too much points in the championship from me,” Zarco said. 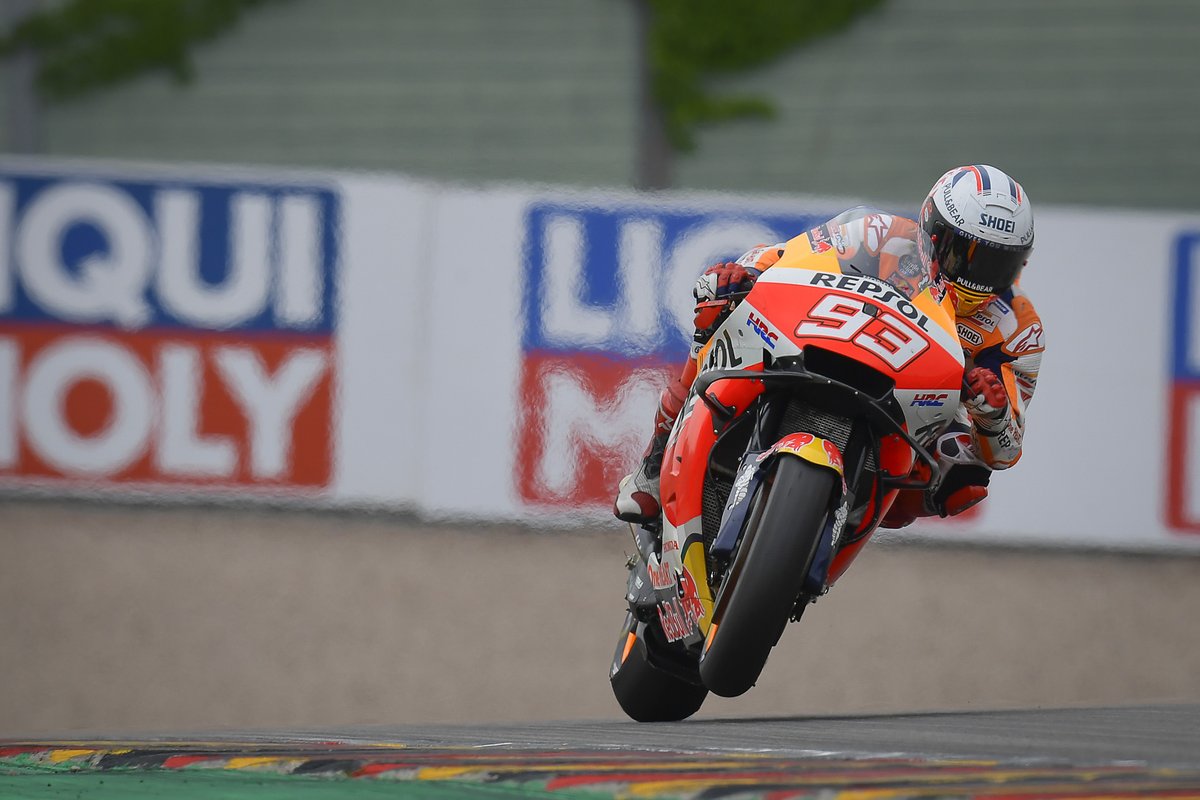 “It didn’t give Fabio the opportunity to take more of an advantage, so on this calculation it’s pretty good that Marc won.

“On the championship, I think it’s another way to see things.

“So, always take lessons from it also to don’t let him take too many points and get stronger.

“For me it’s a particular track here in Sachsenring where I’ve never been on top, so that’s why what I could see today I want to take it as a positive even if at the end of the race I was disappointed and a bit angry not to have the opportunity to stay [up front].

“But I can’t have this emotion because I will not manage well the next races.”

Despite fading in the latter stages, Zarco says the first half of the German GP allowed him to learn some “incredible things” from how Marquez managed the race.

“Was a day that we had to take points,” Zarco added.

“I used well the advantage of this pole position, I’m happy about this weekend, about the way I could push and give a lot of energy.

“The first half of the race was pretty interesting and I’m very happy here in Sachsenring I stayed with the top guys, I was feeling comfortable and I could see very good things.

“Marc has been incredible, but these incredible things I tried to learn from it because here in Sachsenring it is really something special and I hope it’s something that can help me make a step this season.

“I think a key point in the race was to overtake Aleix Espargaro.

“When Marc began to go away, with a bit of rain he took this advantage and at this moment I really tried to overtake Aleix and I could not do it, so I lost a bit of time here.

“Then the second part of the race was pretty different and every lap the rear tyre on the left was dropping a lot and I could not really handle it very well.”