Aleix Espargaro admits Aprilia “is not ready” to fight for the podium in MotoGP despite running in the rostrum battle for much of the German Grand Prix.

Espargaro gave Aprilia its first front row in the modern MotoGP era when he qualified third at the Sachsenring and led briefly on the opening two laps.

When spots of rain started to fall in the early stages Espargaro admits he wasn’t “as brave” as eventual winner Marc Marquez, who was able to lap one second quicker on lap nine in the iffy conditions to move over a second clear.

Espargaro was quickly shuffled out of the top three and ultimately finished seventh, 1.6 seconds off third-placed Fabio Quartararo. 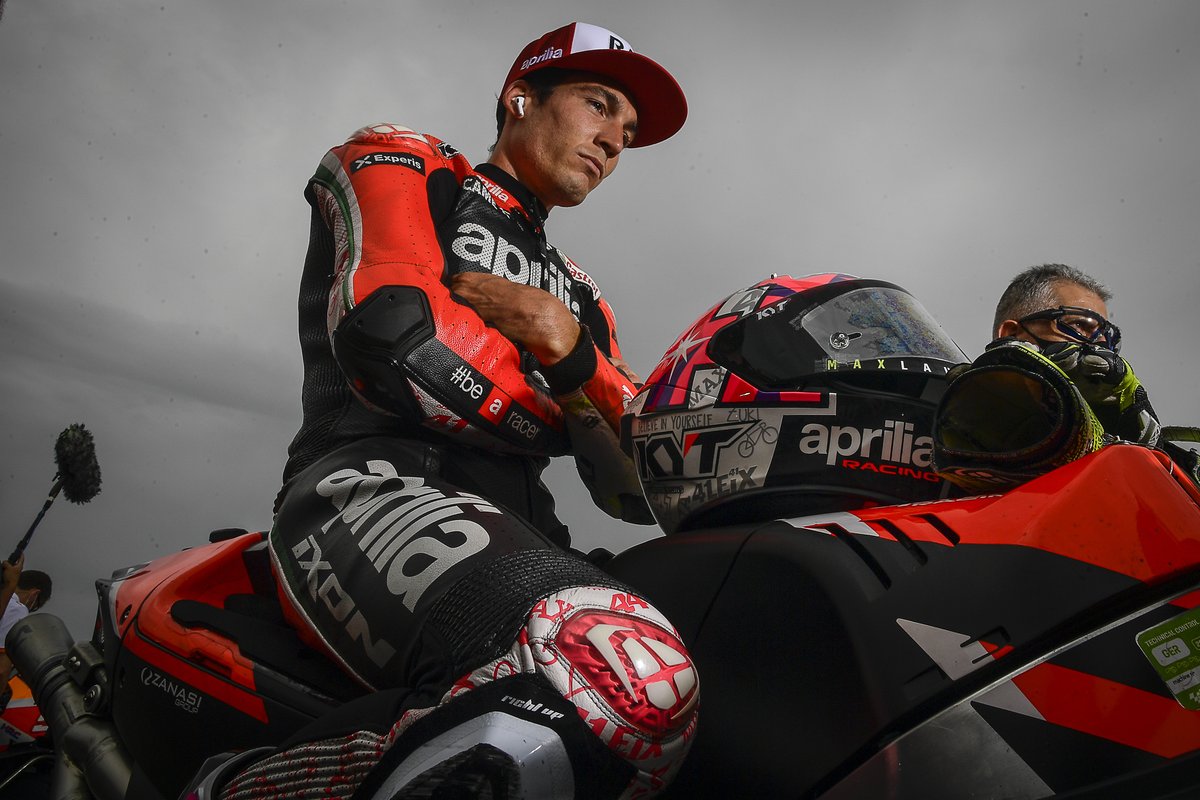 “I’m happy overall obviously about the performance of the weekend.

“At the end of the race I could touch with my hand Fabio, who was the last of the podium.

“But it’s not enough. I want to fight for the podium, but the reality is we are not ready, that’s clear.

“We can think about it, we can speak about it, but we have to work more. I tried everything, today I was I would not say unlucky, because it was the same for everybody, but I had a pretty spot at the beginning following Marc, I was quite comfortable behind him.

“And when the rain started I wasn’t as brave as him. I had a big moment at Turn 8, I almost crashed, I saved it.

“So, I decided to slow down the pace a little bit and I lost a lot of my options there because Marc went away.”

Espargaro says he was “expecting much more” than seventh last Sunday, but says his hopes were hindered by a lack of traction relative to those around him which left him “fighting against the rear”.

“We will arrive in another kind of circuit where the engine will make the difference,” he said when asked by Autosport what Aprilia needs to do make that podium step.

“[But on Sunday] no excuses about the engine, the engine was not the most important thing in this track and I could follow Marc quite good because was not really demanding circuit for the power.

“But especially on traction I suffered a lot.

“So, it’s not only to have a strong engine, but to put the power on the ground and I don’t know why especially in mid-corner when the bike is neutral I can’t follow them.

“They have like another control we don’t have on the electronics side in mid-corner, [it’s like] they put a control cruise on in mid-corner and I’m fighting against the rear, fighting the highside every single corner.

“I know it’s MotoGP, I know I have to ride on the limit every moment when I jump on the bike but maybe not that much. The stress is very high in the races.”