New recruit Maverick Vinales led the way for the Japanese manufacturer with team-mate Valentino Rossi sixth fastest, as Yamaha introduced engine and chassis upgrades, and even its solution to 2017's winglet ban.

Vinales also led the way during his first test with Yamaha at Valencia last November, but Rossi finished those two days far from convinced about its 2017 challenger.

However, after a breakthrough at Sepang one week later, Jarvis was buoyed by further winter gains when 2017 running started at the end of January.

"We started our testing at the end of last year, we already did four days at Valencia and then Sepang and then we went back to Sepang this year," he said.

"But this year was different, because everybody turned out their new bikes.

"It was very, very important to see where you are there - frankly, the test went incredibly well.

"The bike we tested in Malaysia is really good and everything the engineers brought was working and that doesn't often happen.

"Sometimes you bring things and it doesn't work and you scrap it, but everything we tried was working out well.

"I stated at the team launch that we are going for the triple crown.

"We really want to get the team, constructor and rider titles and I think we can." 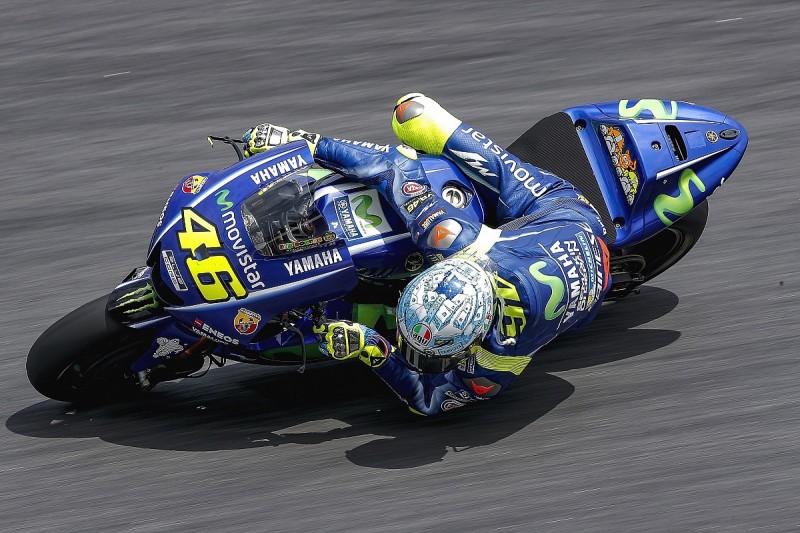 Jarvis believes both Vinales and Rossi - starting his 12th season with Yamaha in Qatar next month - can challenge for the 2017 riders' title.

"Every time he's been out he's been fastest," Jarvis said of Vinales.

"He's fitted in very, very well to the team, to the bike, he feels comfortable and focused.

"In the last three years, Valentino has been second, second and second. So that's pretty impressive.

"He's going to turn 38 next week - February 16 - so to still have that speed at that age is phenomenal.

"And clearly he has the potential to win that 10th title.

"Maverick in my opinion is a serious title contender this year.