The British rider, stepping up to the premier class this year after three seasons in Moto2, rode Aprilia's 2016 RS-GP in Malaysia, as part of his MotoGP acclimatisation.

That process started in the middle of last year, but Lowes' running in the end-of-season tests was limited by a neck injury sustained in a crash at Valencia.

At Sepang, Lowes improved from 3.263 seconds off the pace on the first day to 1.973s adrift by the end, and says that progress was more important than winding up 23rd in the order.

"I felt like we could've improved quite a lot, the lap time, if we needed to," said Lowes.

"I did a race run [on Wednesday] afternoon, which is a new experience around here on a MotoGP bike.

"I didn't push too hard, I just tried to be consistent, my best laps were at the end.

"We took so many positives from this test. We're building up and up and up.

"I stayed on the bike all three days, and I feel really confident.

"How I feel on the bike is a completely different story to the first day. I'm sure I can be there in the end." 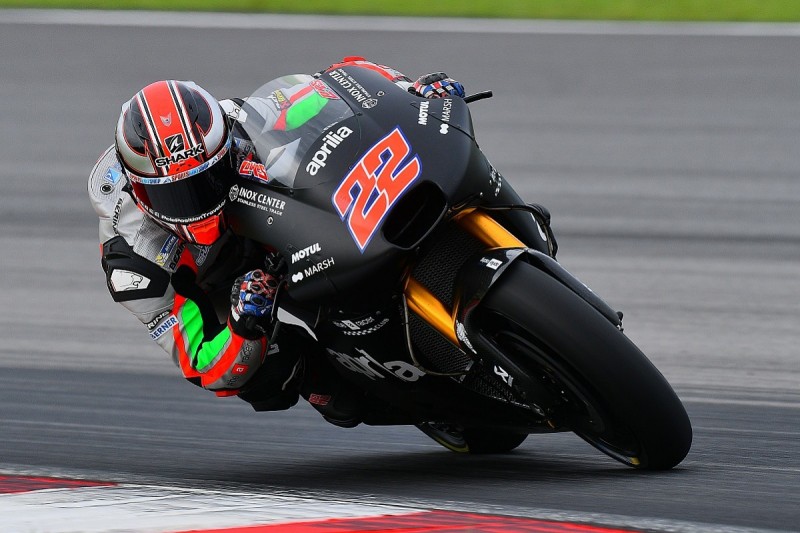 Aleix Espargaro led the way for Aprilia at Sepang with the 13th-fastest time, 1.233s faster than Lowes managed, but the Spaniard was on its 2017 bike, with improvements headlined by a revamped engine.

Lowes is set to get his chance on that this week at Phillip Island, where he believes getting within 1.2s of the overall pace at a circuit shorter than Sepang would represent "a good position".

"We'll have a few more things to test and we'll keep moving forward," he said.

"It's only going to get better for me - that's why I'm confident and happy."