Smith and Espargaro join the Austrian manufacturer for its first full season this year, both having only raced Tech3-run Yamahas since entering MotoGP in 2012 and '14 respectively.

"Let's say that in the past, if you rode 10/10, 9/10, 8/10, there was probably less than half-a-second difference, because there was only the maximum you could ride the Yamaha around.

"This bike responds to a bit of hustle. So it's finding that right balance.

"You can actually force it a bit more, it responds well and the lap time comes.

"It's just finding that balance between over and under, which I think we'll slowly figure out." 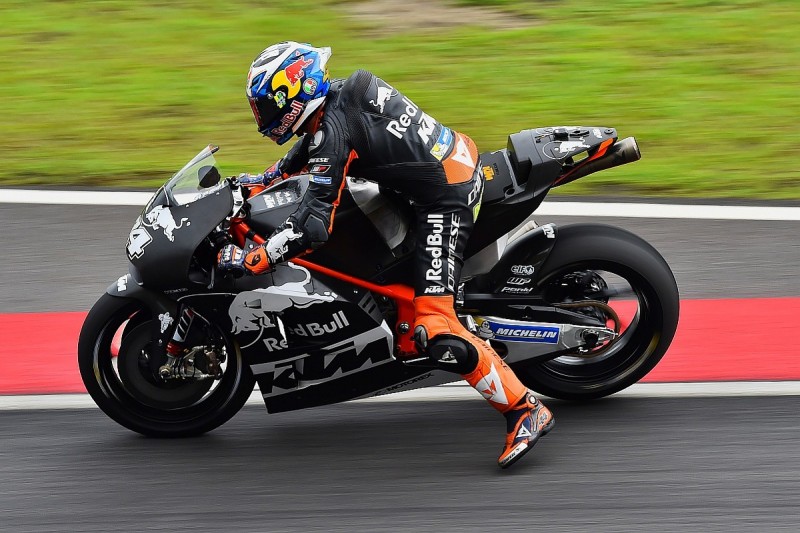 Both KTM riders worked through a host of upgrades at Sepang as 2017 pre-season testing started, with Espargaro comparing arriving to a host of new parts to waking up on Christmas day.

The key upgrades were based around solving a rear-grip shortage that became evident when Kallio raced as a wildcard entry at Valencia.

Smith and Espargaro finished the test having set an identical lap time, down in 21st and 22nd in the order, 1.970 seconds off the benchmark set by Yamaha's Maverick Vinales.

"Lap times finally come if you push hard on the KTM, but it takes a lot from the physical point of view," Espargaro said.

"It's important to be able to set a fast single lap and then do it again, as the bike behaves quite wild at that point.

"It's very physical, very different from the bikes I had ridden before.

"With the KTM you have to be wild because it also is, although that leaves you very tired.

"It's a virgin bike, especially in terms of electronics, and that's why you have to control it and ride it with your body, so you end up exhausted."